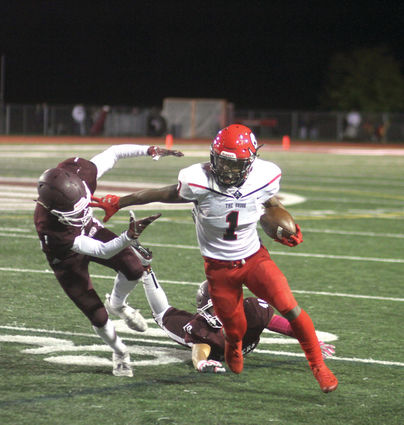 In a game that was a tale of two halves, Bolingbrook came out on top 29-14 over Lockport.

The Porters (2-4,2-2), who are led by first year head coach George Czart, received the ball first in the game and exploded out of the gate with a 40-yard rush by senior running back Colin Schmutzler (33 rushes, 127 yards) that set up a six-yard rushing touchdown by Schmutzler to put the Porters up 7-0 in the first quarter.

On the Porters second drive of the game, backup quarterback junior Riley Pfeiffer extended the Porters lead to 14-0 with a 15-yard rushing touchdown.

Pfeiffer is filling in for injured senior Marcos Voulgaris, who was hurt in the second game of the year

With 2 minutes, 20 left in the first quarter, the Raiders showed some life.

On just his second rush of the evening, sophomore running back Jaquan Howard broke free from 61-yards out to cut the Porters lead to just seven points.

For the game, Howard carried the ball 16 times for 200 yards.

A standstill second quarter for both teams with many defensive stops put the Porters up 14-7 at the half.

"This is the first team that's really lined up and come right at us, right at our heart," said Bolingbrook coach John Ivlow, "We've not had that before."

In the second half, a completely different Raider team showed up on the field.

A 16-yard rushing touchdown by Howard and a two-point conversion put Bolingbrook up 15-14 with 9:30 left in the third quarter.

"Suggs just made a great throw and I made a couple people miss and the rest is history," King said. "We didn't play Bolingbrook football in the first half, we got reenergized and came out firing in the second half."

Bolingbrook took a 23-14 lead into the fourth quarter and the offense didn't stop there. 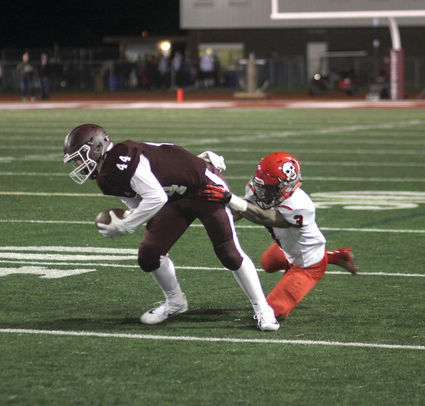 Lockport falls to Bolingbrook after first half lead.

A nine-yard touchdown run by Howard, his third touchdown of the game, put the Raiders up 29-14 and the game out of reach for the Porters late in the contest.

"We made some necessary adjustments on defense," Ivlow said. "Offensively we had like two possessions in the first half, we had some finesse and then got more into our power game and that's when I thought we really started clicking then."

For Czart, he said he knows how close his team was to knocking off one of the better teams in the state and his team is going in the right direction, but a win is much more important than a close, hard-fought battle.

"We just didn't sustain anything offensively really in the second half like we did especially - in the first quarter," Czart said. "We fought hard but it wasn't enough, give credit to [Ivlow] and their players, they are a very good football team."