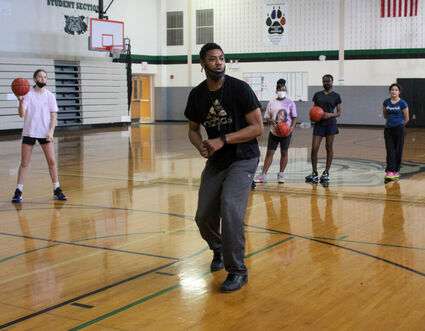 Plainfield – Alex Foster's basketball career has taken him around the world, but he is excited to return home to coach the eighth-grade girls' basketball team where his own basketball life started – at Aux Sable Middle School.

He attended Bradley University in Peoria, IL., and the University of Albany in New York before graduating from Bradley with a degree in sports communication, Foster said.

Foster got an agent and played for Finland and the country of Georgia for two years.

"I got to see the world just playing basketball," he said.

But Foster's life goals changed as his children grew and he wanted to be closer to home, he said.

Foster kept in touch through the years with Alfonso Lopez, Aux Sable Dean of Students and Athletic Director.

Foster did not hesitate when Lopez called to ask him to come coach the middle school's girls' basketball team.

"I was like 'Are you serious?' Absolutely," Foster said. 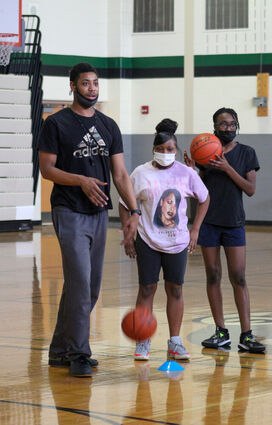 Lopez coached Foster when Lopez was the eighth-grade basketball coach, he said.

He followed Foster's career and when Aux Sable was looking for a coach, Lopez said he thought of Foster.

"He's a huge role model for the kids," Lopez said.

"He will be at the school before practices and greet kids not on the team."

Foster admits he is still learning about coaching but believe he will be a better coach since he was a basketball player, he said.

"If I see something in practice that's wrong, I can correct it or show them how," Foster said. "I can still play."