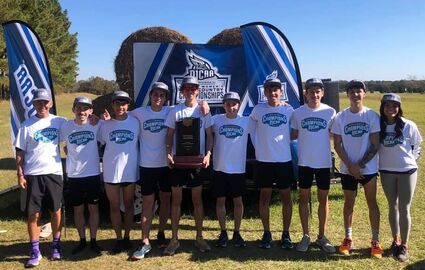 MILLEDGEVILLE, GA - Collegiate national championships are hard to win, but on Saturday a Joliet Junior College cross country team did it for the second consecutive year at the NJCAA Division III finals in Georgia, as the meet was hosted by Georgia Military College.

This time it was the Wolves men's team as they won the title scoring 91 points to edge two-time defending champion Mineral Area College (MO.) With 97 points.

It was also the first men's individual title in school history.

Phillips won by 39 seconds as he ran the second fastest winning time in DIII history.

"I didn't think we had won," Wolves coach Jeff DeGraw said. "I honestly thought we were second, but as we waited for the team results to be posted we started to figure some things out and we knew it would be close. I was with the women's team as they were getting ready for their race with some of the men's team members. Then the results were announced and it was pandemonium around all of our team members, parents and coaches. The feeling was pure joy among everyone."

The Wolves came into the meet as the third ranked team in the country, had lost to Mineral Area at a meet in mid October and lost to College of DuPage (third place) three times during the season.

"This team really believed in the process and focused on the only meet that matters in November," DeGraw said. "They ran fantastic as a group and Hunter [Phillips] put on a show up front. He stayed in the front group for about the first mile and a half and made a big move just before a long straightaway and continued to pull away the rest of the race."

"I felt so good and was relaxed," Phillips said. "I was prepared for a tough race and figured it would come down to the last part of the course. But, when I went no one came with me and I never looked back, but the crowd kept telling me there was no one behind me."

It was the first cross country race Phillips has ever won, which includes high school and this season in college.

In addition to Phillips, Erickson and Adelmann achieved All-American status by finishing in the overall top 25.

On the women's side, JJC entered the meet as the defending champs and were ranked first coming into the meet. However, on this day the Wolves placed second to Oxford Emory (GA.) 40-57.

"The women's team was disappointed, but their effort was there, we just got beat by a better team on this day," DeGraw said. "We were leading for about half the race and Oxford ran a great second half. We knew it would be Oxford or us and the two team dominated the field. In fact, both teams produced six All-Americans."

Tiffany Lehmann (Joliet) placed second over the 5,000 meter course in 20:03. She and winner Julia Danko ran side-by-side in front the entire way in a much-anticipated dual between the two runners, as Danko pulled away in the final stretch. Lehmann was the defending individual champion. 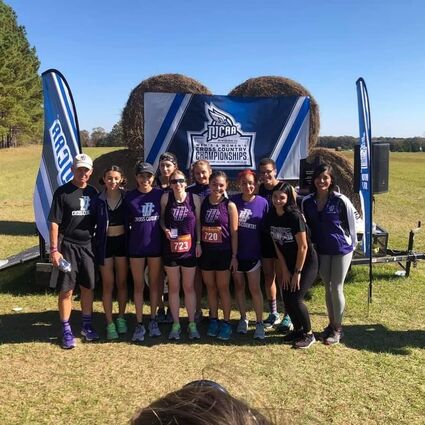 "I'm so proud of both teams," DeGraw said. "This group was so fun to coach and to come to a National meet and place first and second is amazing. Last year we did the same with the women winning and the men in second. It's hard to win a title in any sport, but we have built this program with all local kids which is important to me. We have so much talent in the area and we just want to give them the opportunity to run at the next level.

"Experiences like this will last a lifetime, these are memories and friendships that have been built and will last forever."