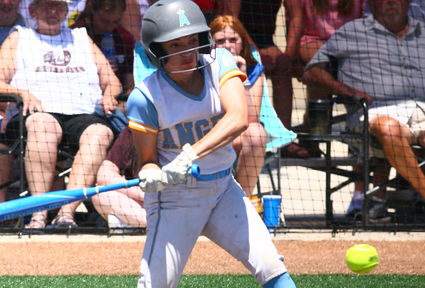 In a dominating 5-0 performance over Unity High School from Tolono, Joliet Catholic Academy punched its ticket to the IHSA Class 2A finals to be held at Louisville Slugger complex in Peoria at 5 p.m. tonight.

The Angels opened the scoring in the top of the first when senior pitcher Andie Broniewicz drove in Wrigley Fanter and Charlie Kinsella to give JCA a lead it would never squander.

Broniewicz went to work, tossing her second consecutive shutout and improving to 18-6 with a 1.25 Earned Run Average. In the semifinal win, she struck out eight Rockets, walking one and hit one batter.

"It is amazing," Broniewicz said. "When we are visitors, I like it because we can get on top and make a statement and then shut them down in the bottom of the first."

The Angels held the 2-0 lead until the fifth when Fanter led off with her third hit of the game. After a strikeout and flyout, Broniewicz was intentionally walked and Mack Brow was walked to load the bases for catcher Jolee Santiago, who tripled and cleared the bases to all but put the dagger in Unity.

"I was 0-2 and those are moments I live for," Santiago said. "It is just coming through for the team. It is all for them. I am so excited, I love doing this and being able to do this for my team."

In the finals, the Angels will face a Rockridge team that is 28-0 after a 1-0 win in the semifinal. The record, however, does not scare the Angels.

"Knowing the teams we play and how we competed against them. We stuck in with those 3A and 4A teams and when we come here it is smooth sailing. We have see this kind of hitting, this pitching and defense. We got this - let's go. This is amazing. When we have a pitcher like that going and we play defense like we do, it is easier." 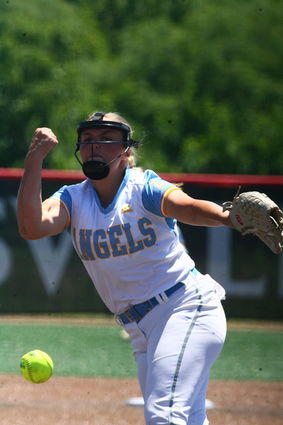 This season is not only for the Angels on the field, but for the program overall. The program has not been to the state finals since 1988 - two years before St. Francis and Joliet Catholic merged. In that year, the Angels finished fourth, making this year's finish the greatest finish in program history.

"This year is about putting everything together. This is huge for our program," said JCA coach Tina Kinsella. ":We have had the players to make it down here, we have always run into programs like Bishop Mac. So, it is nice with the core group that has been with us since their freshman year to really pull through and get it done for everyone else. When this group was freshmen, they should have been here as well, so it is nice to see them make it now."