Worth Man Pleads Guilty to Possession of Child Pornography 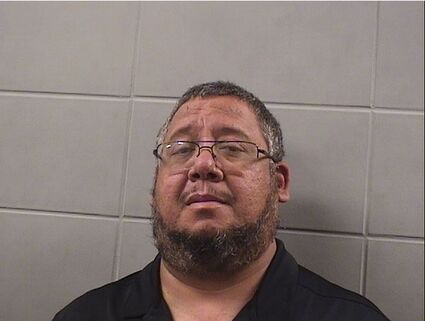 COOK COUNTY, IL – A Worth man is heading to prison and must register as a sex offender as a result of an investigation by the Cook County Sheriff's Police Internet Crimes Against Children Unit, Cook County Sheriff Thomas J. Dart announced today.

Juan Carlos Alvarado-Platero, 44, of the 6700 block of West 113th Street, pleaded guilty Thursday to one count of Possession of Child Pornography of Children Under 13, a Class 2 Felony.

In August 2021, investigators received a tip from the National Center for Missing and Exploited Children and were able to trace information in the tip – including images of child pornography provided by the tipster – to an account on a social media app linked to Alvarado-Platero.

As the result of a search warrant issued to the social media app, investigators identified eight images and seven videos depicting child pornography which had been shared from Alvarado-Platero's account. Alvarado-Platero was arrested on Aug. 10, 2021, and told investigators he used his cellphone to view, download, and share sexual images of underage children. A subsequent forensic examination of his phone revealed a large number of pornographic images and videos of children as young as 5-months-old. Alvarado was subsequently indicted on 14 counts of Child Porn/Reproduce/Vic<13, 15 counts of Child Porn/Possession/Vic<13, and 15 counts of Child Porn/Poss/Moving Depiction.

Following his guilty plea, Alvarado was sentenced to three years in the Illinois Department of Corrections, followed by one year of mandatory supervised release. He is also required to register as a sex offender for the rest of his life as a result of the conviction.