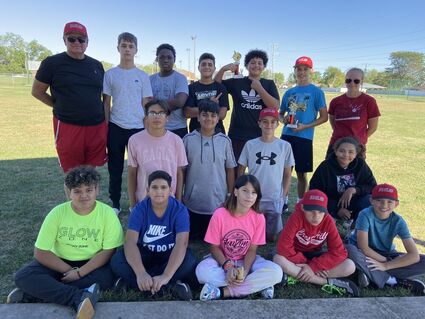 This season, the baseball team at Crest Hill's Richland Grade School posted a 10-5 record and won its opening game of the IESA state regionals.

However, the success of the Eagles this year came the moment the players took the field.

This season almost didn't happen for Richland as the school board decided in March to abolish baseball, softball and golf from the slate of sports offered by the school due to lack of participation.

After upset parents and coach Joe Marshall voiced their displeasure with the decision and the process in which the board came to that decision - the school decided to reinstate baseball with stipulations.

"I wasn't fighting for me. I was fighting fro these eighth graders that, when they were in sixth grade lost almost every game 15-0," said Marshall, who completed his 20th season as coach at Richland. "I don't want that to be their last memory of school ball.

"I am just so happy the kids were able to have this year so they could have their eighth grade memories instead of remembering that we didn't have it. I am happy for the kids."

The Richland season did not get off to a great start this season, as the Eagles dropped their first three games, but then things turned around.

"Our first game didn't go too well, but we picked it up and after the fourth loss, we started winning more and more games," said eighth grader Naseem Jaber. "We did way better than we did when I was a sixth grader and that made me happy. I feel more accomplished. It was unreal. I got my chance to prove myself and prove that I can win."

The improvement of the team did not just happen overnight.

After the loss of the 2020 season because of the COVID-19 pandemic, Marshall worked with the majority of the players throughout the fall and during the summer season, where he completed his 43rd season as a volunteer coach of Crest Hill Sports Huddle.

"The eighth graders this year - the ones that were sixth graders on that last team -I have been working with them for the last two years," Marshall said. "We practiced until the weather got cold last year and they all played summer ball for me this year.

The work Marshall put in for the team team, on and off the diamond, helped with the season this year.

"It was great. Our sixth grade year, we were not very good, but this year everyone improved," said eighth grader Damian Herrera, who was co-MVP of the Richland team this year. "It was very important because our coach fought for us to even be able to play baseball for the school and that was very important."

Playing for the school was something the ballplayers enjoyed - having a sense of school pride.

")When I heard baseball was done) I was disappointed, but I knew we had hope because I knew coach Joe was going to try and get baseball back.

"We showed what we can be and we left good examples for the sixth and seventh graders."

Even athletes that never played for Richland before were thankful for the season.

"In the middle of the season, they told me that we almost didn't have a chance to play eighth grade baseball," said eighth grader Freddy Casas. "I would have missed having that chance."

Once the chance was given to them, the players took advantage.

After losing three in a row to open play, Richland posted a 10-2 record the rest of the way, winning nine straight at the end of the year.

"We finished 10-5, which was our best season since 2016 and we won the first regional game and that was the first time we won since 2012," Marshall said. "We were No. 2 seed in the regional, our highest since 2012. We started off 0-3 and it would have been very easy to get down. But, then we went 10-2 the rest of the way We won our last eight regular season games and our first regional game. 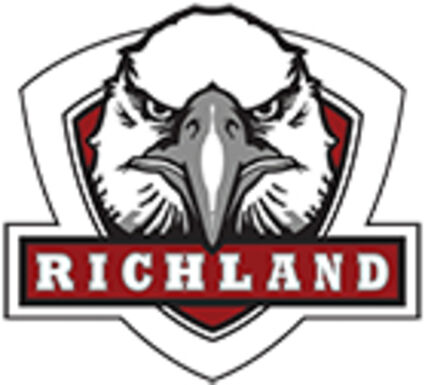 "They really improved, they have great attitudes and they want to get better. They are great kids with great parents. They got to have a winning season and got to play in a regional championship game. For the season that almost wasn't, they really had a great year."

Now, the fight for numbers starts over again. With only five players that will not graduate this year, Marshall will look at the returning players as well as the current fifth graders in hopes enough boys and girls want to play next year.

When the school board reinstated the program the stipulation was that the team needed to have a minimum of 14 athletes signed up to field a team.

"Between Thanksgiving and Christmas we will put out the sheet to see who is interested," Marshall said. "If we have a team, we want to get working on scheduling early.

"We will have to get a lot of new kids out to have a team."