Betting on in-state college sports could become legal with the stroke of the governor's pen after lawmakers in the General Assembly approved an amendment to the state's sports betting law Thursday.

The amendment to House Bill 3136 passed both the House and Senate with vast bipartisan support, reaching the threshold necessary for it to take effect immediately once signed by the governor.

The measure would be a major expansion to the sports betting bill which Pritzker helped usher through the General Assembly during his first year in office in 2019. Upon his signature, a business with a sports betting license would legally be allowed to take a bet on an Illinois college team, provided the bet is made at a betting facility, rather than online.

Only "Tier 1" wagers would be accepted on in-state teams, meaning the wager is "determined solely by the final score or final outcome" of a sporting event, and it must have been filed before the start of the game. No bets would be allowed on an individual's performance in an in-state game.

For now, in-state collegiate betting would be a pilot program set for repeal on July 1, 2023, unless the General Assembly extends it.

"We did hear in our testimony that there could be some negative consequences to our Illinois players," Rep. Bob Rita, D-Blue Island, the bill's House sponsor, said in an interview. "And that's why we just looked at outcome rather than player performance."

The two-year pilot program is designed as a protection, requiring lawmakers to take a vote to extend it in 2023, rather than requiring a repeal vote if something goes wrong, he said.

The bill also adds fire protection districts to the list of entities that can receive a charitable raffle license, and Wintrust Arena, where the WNBA champion Chicago Sky play their home games, would be eligible to apply for a sports betting license, just like the state's other pro sports facilities.

The bill caps an annual fee that non-home rule municipalities can charge on video gaming terminals at $250, up from $25.

The bill would prohibit municipalities from taxing video gambling machines or bets placed on the machines, an action commonly referred to as a "push tax."

The bill allows for municipalities that had enacted such a tax before Nov. 1 to continue to charge it, but they would be prohibited from increasing or expanding it, according to the legislation.

When the bill was considered in May, there were fewer than five municipalities that had levied such a tax, but since that date, "somewhere around the neighborhood of 10 municipalities" have enacted push taxes, Senate sponsor Bill Cunningham, D-Chicago, said.

"It should be pointed out that there is pending litigation on this matter right now. And it is unclear whether or not the courts are going to allow these municipalities to impose that tax," Cunningham said earlier this week.

Cunningham said the bill would also allow for online registration for sports gambling applications beginning March 5, 2022. The initial sports gambling legalization bill required that accounts be created at a gambling facility, although the requirement was temporarily halted during the pandemic.

"There was concern that's been brought up that the date for allowing that online registration to occur is nebulous in the current statute and could push online registration well into the spring and the summer," Cunningham said. "That would potentially cost the state millions of dollars in revenue." 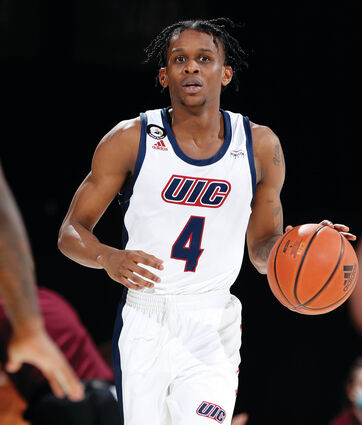 The bill also allows fraternal organizations, such as VFW posts and American Legions, to apply for gambling machine licenses, even if the municipality in which they reside has a local ban on them. Those provisions would not apply, however, to such facilities in Chicago and Cook County.

The bill also makes changes to the horse racing industry, loosening the requirements for the "Illinois Conceived and Foaled" racing program, such as allowing stallions owned by non-Illinois breeders to bring their horses to Illinois to breed with Illinois mares.

It also provides that semen from an Illinois stallion may be transported outside of the state.

Rep. Norine Hammond, R-Macomb, said that is "extremely important to the horse industry in the state of Illinois, and particularly for standard-breds, if we are going to keep our county fairs viable."