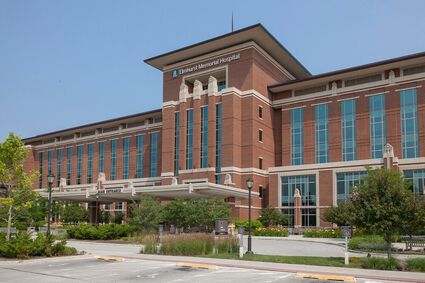 "We're proud of our straight-A streak, but we're also humbled because we realize we have to concentrate even more and work harder to maintain the high level of safety and quality of care we provide every day," says Pamela Dunley, RN, MS, MBA, CENP, President, Elmhurst Hospital.

Edward Hospital in Naperville earned a B. Edward and Elmhurst Hospitals are part of NorthShore – Edward-Elmhurst Health. To see details of both hospitals' grades, visit http://www.HospitalSafetyGrade.org.

The extension of the straight-A streak in the Leapfrog Hospital Safety Grades is one of several honors, awards and recognitions related to quality and safety Elmhurst Hospital has achieved:

• For third year in a row (2020-22), Merative (formerly IBM Watson Health) named Elmhurst Hospital among the 100 Top Hospitals in the U.S.

• Elmhurst Hospital was awarded Gold Certification for Excellence in Person-Centered Care by Planetree International, one of only 88 healthcare organizations worldwide, including 26 in U.S. (2018).

• Elmhurst Hospital achieved redesignation in 2020 as a Magnet hospital for nursing excellence from the American Nurses Credentialing Center. Its original designation was in 2015.

The Leapfrog Group is an independent national watchdog organization with a 10-year history of assigning letter grades to general hospitals throughout the United States, based on a hospital's ability to prevent medical errors and harm to patients. The grading system is peer-reviewed, fully transparent and free to the public. Hospital Safety Grade results are based on more than 30 national performance measures and are updated each fall and spring.

To learn more about patient safety and quality of care at Edward-Elmhurst Health, visit http://www.EEHealth.org/about-us/awards.