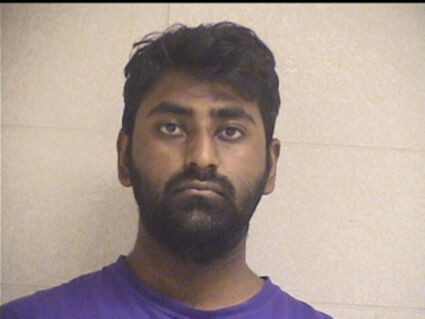 COOK COUNTY, IL – A Des Plaines man has been charged with Dissemination and Possession of Child Pornography after investigators determined he viewed and distributed several sexually explicit images and videos of children under the age of 13 through social media, Cook County Sheriff Thomas J. Dart announced today. Sheriff's Police Special Victims Unit investigators received a cyber tip from the National Center for Missing and Exploited Children about underage pornographic images and videos found on a social media account linked to Sachin Pillai, 22, of the 2300 block of Eastview Drive in Des Plaines.

On Tuesday, July 26, SVU investigators executed a search warrant for his residence where they seized his cell phone and an electronic tablet, and he was taken into custody for further investigation. After being issued his Miranda warning, Pillai told investigators he used social media to view and share child pornography. Forensic analysis of his cell phone and electronic tablet revealed that more than a dozen pornographic images and videos of children as young as six were stored on the devices and showed nearly two dozen had been shared with other social media users.