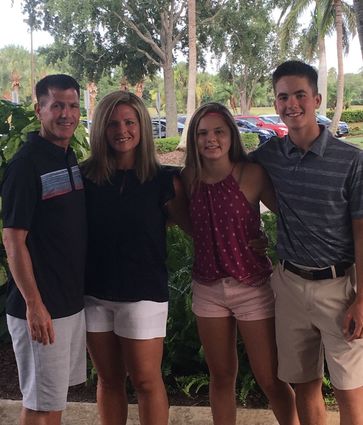 The game epitomized the three elements of baseball that Petrovic and all his associate coaches have been teaching Minooka Indian teams, for 18 years - great pitching, solid defense adn clutch hitting.

"Pitching, defense and getting the clutch hit has been the basic elements of my coaching philosophy," Petrovic said. "I'm also an old school coach who loves to bunt, hit-and-run and steal a base to help my kids win.

Jeff burst on the coaching scene in his very first season in 2004.

That year, the Indians went 31-5, notching the first of four consecutive 30-win seasons for the Indians, culminating with a third-place finish in the IHSA AA State Finals in 2006.

The 2007 Indians made an Elite 8 appearance, in the new IHSA Class 4A State Tournament. Over the four years, Minooka went 129-25.

In 2012, the Indians returned to the IHSA Class 4A State Finals and took home the fourth-place trophy.

Under Petrovic, Minooka has won a total of eight IHSA regional championships and three sectional titles. The Indians have posted five 30-winwin seasons and eight seasons with 20 or more wins in 17 years.

What has made the program, and ultimately Petrovic, successful is the family relationships he has with staff and administrators.

"Jim Lamping and Derrick Rapsky were with me from the beginning," Petrovic said. "Jim handled all our great pitchers over the years. Jim is an encyclopedia on the art of pitching. He retired this year and Wes Anderson has taken over for Jim, as our pitching coach.

"Derrick probably knows the way I think better than anyone. We have been together so long that we can read each others minds. Joe Host also is a valuable addition to our staff.

"We golf and hunt together. We are constantly texting one another. They are not my coaches but they are my best friends."

He also credits athletic director Bob Tyrell, and their relationship, for his success.

"I have been blessed to have been hired and work for our outstanding athletic director Bob Tyrell," he said . "Bob hired me, as he has has done with all our coaches, based on our ability to coach. Bob has given us complete control of our programs. There is no micro-management from the athletic director at Minooka High School.

"Bob will be retiring in two years and I am sure his replacement will do a fine job. I will wish Bob the best of luck in his well-deserved retirement but I will, as we all will, miss him."

Petrovic not has his athletic family around him, he has his real family as well.

Petrovic is a 1992 graduate of Minooka high school, and his wife Kelly is also a Minooka Indian.

Petrovic played football and baseball at Minooka and received a golf scholarship to St.Francis University in Joliet, where he received a bachelors degree in United States History.

Petrovic's son Luke is a senior at Minooka and is on the Indians' golf team. He will follow in his dad's footsteps and attend St. Francis University on a golf scholarship - like father like son.

Luke plays for his uncle, Brian Petrovic, who is the Indians' golf coach.

Daughter MaKenna is participating in the powerhouse Indians girls volleyball program as a freshman.

Petrovic takes as much pride in success in the classroom as he does on the baseball field.

"In teaching United States history, I believe that 50 percent should be of the United States' traditional past and I try to bring current life lessons to my students," he said.

It is words from his father that keep Petrovic helping those around him - his entire family - his wife, children, students, players, coaches and administrators. 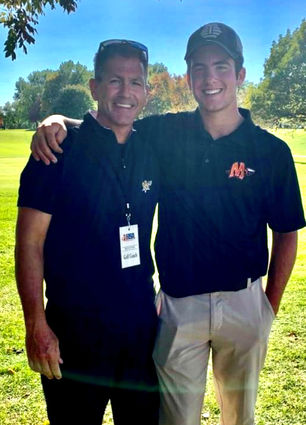 "My late father, Dennis, gave me the words that I have tried to live my life by, when he said, 'Don't be selfish, be selfless'," Petrovic said.

That motto has worked in bring him success in the way of 400 career wins.

"The number 400 is not important to me - It is in fact that so many people that I have coached and coached with have believed I have done things the right way. I love them all very much."