WIDE RIGHT: After no discussion, Richland Grade School's new plan is amazingly worse than the old one 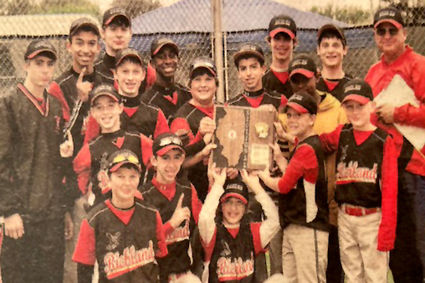 I logged into the Richland Grade School District 88A Zoom school board meeting April 28 looking for information on a follow-up story to the run I ran a few weeks back about the school cutting three sports – baseball, softball and golf to get more participation.

What I got was more confusion.

Before we get into the meeting, let's tackle the logic of eliminating sports to get more kids involved. You understand that one? I don't.

Cutting three sports that have been in the school and have been offered for years to maybe, hopefully get kids willing to come out for intermural pickle ball, kickball and dodge ball.

Do kids still want to play these over baseball, softball or golf?

No one really knows.

At the end of the meeting, Richland Superintendent Joseph Simpkins spoke on the approved new plan, which we will get into in a moment. He said that a survey will go out to a digital all the students to see what interest there is for fall sports and activities.

"They are all used to getting things through their Gmail accounts and Google," Simpkins said. "They can do those super quick. They have been doing those for a lot of different learning things. (Athletic director Jon Szychlinski) is very aggressively seeking their input."

What a novel idea ¬- using the same technology that students have called their classroom for the last 12-plus months to gauge interest in activities they would like to play.

It is really too bad this method wasn't something the district had the means and opportunity to do, say, prior to making a decision to eliminate three sports. Ah, but it was.

But no one asked.

In fact, Simpkins said previously that he does not know of any junior high schools that polls parents on what athletic and activities are offered.

So, if a survey was not a good idea before the decision, why is it now?

Keep in mind that the proposal to eliminate three sports came from an athletic director that was hired during a pandemic and has never had the opportunity to watch a single athlete from the school play a single sport.

Make sense now? Nope? Not to me either.

Now, let's get to the new plan. One that is actually worse than the old one, which in my humble opinion seems to be exactly what the school board and administration is going for.

The new plan, the one that was passed by unanimous vote is to reinstate baseball as a co-ed, no cut sport that needs a minimum of 14 players to be offered.

This proposal is set up to fail from the beginning.

A baseball, or softball team, at a grade school or high school level fields on average around 15 players, give or take.

In the new plan approved by the school board, 14 is now the least number of players allowed.

So, simply looking at the fact that nine players play and nine players bat, there is not room to get a roster of 20-plus players adequate playing time during a season.

Then there is safety.

This was brought up by Richland baseball coach Joe Marshall, who has been coaching 13-and-14-year-olds at Crest Hill Pony baseball for 42 years and 18 years as coach of Richland.

The man has forgot more about the game of baseball than every member of the board and school administration staff has ever known – I guarantee that.

I would argue that playing baseball for Joe Marshall is as important, if not more important, in helping junior high boys grow up into quality young men than anything that will be learned in a classroom.

Joe cares about his players, when he says it is unsafe – listen to the man.

I like to believe that I know the game a little too. As a former player, 20-plus years as an umpire and the bulk of my media career as a sports reporter has taught be a thing or two.

In fact, I logged into the Zoom meeting less than 30 minutes after watching my nephew, who is a sophomore at a school out west of Crest Hill, drill a pitcher with a line drive in the arm in an 18-0 game.

I am not saying any pitcher could have avoided being hit because the ball came off the bat like it was shot from a rifle, but the kid on the mound had no business being there. He was the fifth pitcher in a blow-out game on a severely overmatched team. The kid didn't throw the ball well enough to not give up a hard-hit ball and was not athletic enough to defend himself.

This is what the Richland school board and administration is setting its student-athletes up for.

Either a kid that should be cut for the simple lack of ability plays and risks potential serious injury, or sits the bench and the coaching staff has upset parents for an entire season.

The co-ed part is also a travesty.

Do I think girls can play baseball? I sure do.

I have watched girls on a baseball field that can compete with the boys.

Those are the elite athletes, however. But 13-and-14 years-old, the boys are just getting bigger, faster and stronger.

The main reason against a co-ed baseball team, however, is the simplest one – they should be able to play softball.

Forcing the girls to play on a baseball team is doing them a disservice.

Sure, both sports have four bases, nine players and batters hit a ball thrown by a pitcher. But that is where the similarities end.

The girls should have the opportunity to play the game they love and the game they will play in high school and not be forced onto a baseball team.

So, as you see, the board and administration are setting this up to fail.

The board made its decision in silence in May and after word got out and the backlash came out, there had to be some change made – so instead of admitting defeat and giving the kids' the opportunities they deserve, they arranged a no-win situation for the coaches and players to all but force an elimination again in the future. They can say they listed to the community and tried to find a happy middle ground, all while waiting for a reason to pull the plug and get back to whatever half-brained idea they had that has pickle ball.

Let me explain to you what I mean by silence.

On the March 10 meeting when the proposal was made, it was done under a staffing headline that would obviously not draw attention from parents and community members in opposition to the elimination of the three sports.

Then, after no members of the public were at that meeting, the meeting minutes said simply that there was a discussion of consolidating sports – the word eliminate was not there.

Let me be clear, as it was brought up in the April 28 meeting that there were people who accused the board of improper practices as far as the Open Meetings Act.

I found nothing improper in my research, just poorly worded minutes that either intentionally mislead or severely misinformed the public – I will let you be your own judge as to which one it was.

As a graduate of Richland and someone that wore the Eagle baseball uniform with pride, the most disappointing thing in the entire meeting was not what was said – but what wasn't.

After more than six members of the community, including a former board member, a band director from another district and coach Marshall – all who have or had children attend Richland – when it was time for the board to vote, not one member of the general board made any comment.

Board President Stephanie Hernandez read a prepared statement thanking the speakers and expressing her displeasure for negative comments made in the press and on social media. 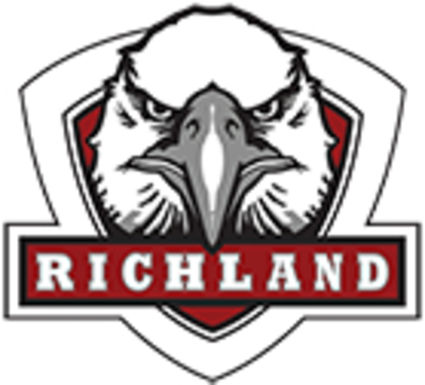 This statement was obviously written prior to the meeting, which means that not one of the school board members had the respect for those that spoke to address them and let them know why they felt this was a good idea, nor did they have the courage to go against this new proposal and fight to have it brought back to the table.

This time, it was baseball, softball and golf.

Next time it may be band, yearbook or speech team.

The school board is elected to consider what is best for the students, families and community they serve. They took the suggestion of an AD that has never watched a single play of a single athlete in a Richland Eagle uniform over the plea of a community to reconsider and reevaluate.

The school board did not listen to you now. Your only option now is to make them hear you next election.