Steven Homan was arrested April 15 and is out on bail 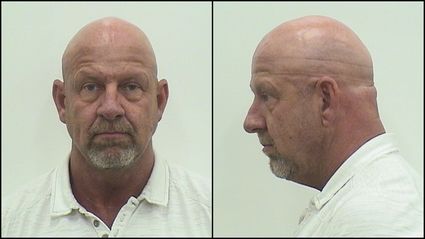 Steven Homan, 47, Owner of the 'The Barn' nightclub in Quincy Il was charged April 14 with one count of Aggravated Battery, a Class 3 Felony, and turned himself in to police a day later and is out on bail.

Homan was charged after he allegedly attacked Quincy basketball player Jazzpher Evans, a former star at Joliet West High School on Easter Sunday morning in what the family attorney described as a hate crime.

Although he has been charged, the family of Evans say that is not enough.

"It is my understanding that The Barn's liquor license is being investigated. Is this true?" she wrote. "Obviously, this man is a problem, as well as his establishment. In addition to this place being a place filled with racism and hate, they are obviously admitting and patrons below the legal drinking age. What do you plan to do about it? The establishment needs to be shut down and liquor licenses revoked. But, there appears to be some hesitancy or delay in this process."

Sharron Evans asked that the matter be addressed at the April 26 council meeting.

Evans was attacked when she was in the establishment in the early morning hours of April 4, 2021. 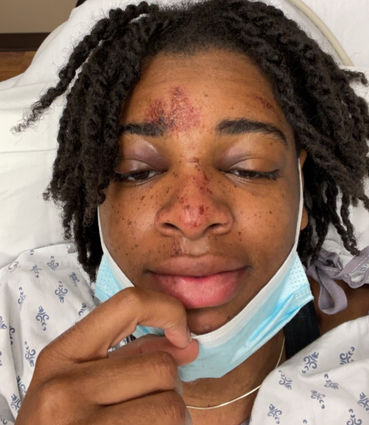 "We were just standing there talking," Evans said in a press conference April 8. "Out of the corner of my eye, I saw this man approaching me. He didn't say anything to me, I guess his first instinct was to shove me up against the wall - and that is what he did. He held me there. I didn't know this guy, so I said please don't grab me like that and I put my hand up to defend myself and that is when he began screaming at me. He told me to get the F out of there and he began spitting in my face and I put my hand up over my face and he grabbed that hand and threw me to the ground and was over top of me. "This guy was big - like 6-5 - he grabbed me by my shoulders and wrapped his arm around my throat and began strangling me. His arms were so massive that he couldn't even fit it around my neck and he kept shoving my head down. At that point, I didn't know what was happening. My friend begged him to put me down. She said it was a girl and to put me down and he expressed that he didn't care and he was going to get me out of there, no matter what. I woke up and I was on the ground bleeding and crying."