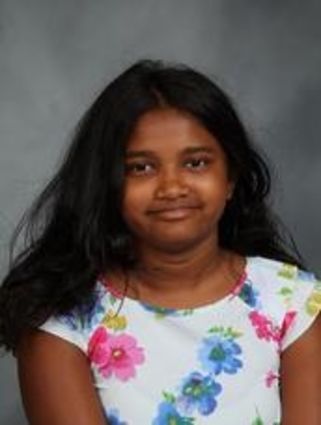 Three hundred and eight Congress members held the competition in their districts across 49 states. More than 6,500 students competed in the Congressional App Challenge nationwide by submitting 3,088 functioning apps to the competition.

The Congressional App Challenge is open to middle school and high school students and encourages students to learn code and pursue careers in computer science.

Kollerkandy and her three teammates from other area schools designed the Collaborate for Change app to help assist the national coin shortage.

"We were able to create our own app and we wanted to help with the coin shortage during the COVID-19 pandemic," Kollerkandy said. "We created an app where the user interacts within the app to find the coins they need or coins they need to get rid of," she added.

The Collaborate for Change app allows users to enter their ZIP code and coins they have or need. The app connects users to nearby stores or people who have the coins in need.

Kollerkandy and her team presented their idea to United States Representative Lauren Underwood and a panel of judges after working on it for several months.

Kollerkandy was surprised when her team won the competition.

"The other apps we were going against were very impressive," Kollerkandy said. "But it was good to see our hard work paid off," she added.