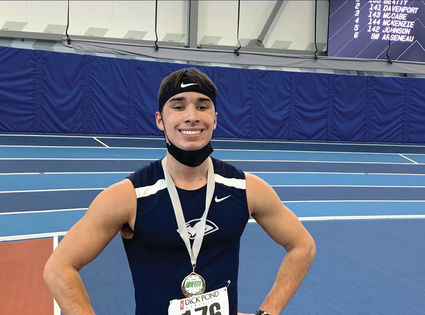 The 1930’s actor and vaudeville performer Will Rogers was one quoted as saying, “You never get a second chance to make a good first impression.”

And while Rogers died some 50 years before Niko Schultz was born, the Plainfield South senior sure lived up to Rogers’ words.

In Schultz’ first-ever attempt to run 600-meters at the CYUP Misfits Invitational in Chicago, he posted a time of 1:19.86, making him the fastest in that race this year in the nation and the fastest ever in the state of Illinois.

“It is really surreal feeling. It was the first time I ever ran that race in my life, so it was a nice compliment to me as an athlete that I could perform at my best,” Schultz said. “I was the first guy in Illinois to ever to break 1:20 in the 600. My coach suggested it to me that I run the 600 and I was honestly contemplating not doing it, but I decided to sign up. I knew I was going to get great competition. There was a guy from Boston [area] in it and he was flying and the last lap I caught him and ran 1:19 and that was insane.”

That guy was Matthew Griffin, who was at the race representing the New England Elite Track Club. He Griffin is the record holder in the one-mile run for Londonderry High School in Londonderry, NH.

“It was really nice to be pushed to the absolute limit,” Schultz said. “It comes down to how bad do you really want it because it is easy to let that person get away from you, but to track someone down that has been leading 90 percent of the race and have that fight in you to pass them at then end really takes a lot.”

That fight and result go Schultz the attention he had been looking for from scouts.

When the 2020 outdoor high school track season was cancelled, so was the chance for the runners to compete for a state title and in the process show college scouts what they are capable of.

“If I didn’t have these races, I would still be behind in recruiting and these races have written out a lot of what I will be doing for the next four years,” Schultz said. “A month ago, I had no schools and no scholarships and my parents were telling me to maybe look at a junior college and see what happens, but that wasn’t what I wanted because I was training so hard the last year to get what I felt I deserved. To run that race and be No. 1 in the nation opened a lot of people’s eyes to what my real potential is.

“If I would have finished one second slower in that 600, none of this would be happening and it really goes to show that hard work does pay off.”

According to Plainfield track coach Jason Crowe, that hard work is what has separated Schultz from other runners during his career.

“He doing all this unattached, on his own, which makes it more impressive. He has never stopped training since last year when we got shut down by COVID,” Crowe said. “I give him suggestions on workouts, but he goes to the Vaughan Center in Aurora and runs at their indoor track, he runs in his neighborhood and because our stadium at Plainfield South is shut down, he goes over to Troy, which is open to the public, and does training over there. He is doing this all on his own.

“He has an old school, blue collar mentality and he goes out and works hard and he has earned everything he gets and I give him all the credit. It is nice to see him reap the benefits.”

Schultz spent the weekend after his historic 600 run in Virginia Beach, VA at the Adidas Indoor Track Nationals.

There is was more in his zone, competing in the 800 run, where he placed 12th in the national event with a time of 1:54.90. Schultz was one of three Illinois runners in the race, which saw Plainfield North senior Ryan Maseman place 17th in 1:55.46.

Nicholas Dovalovsky of Nuequa Valley was eighth in 1:54.65, while Austin Klingler, a senior from West Jordon, UT won the race in 1:52.51.

While Schultz said he was not particularly happy with his results in Virginia, he has a positive takeaway from the meet.

“It was one of those days. I just didn’t have it. I look at it with a glass half full because I am running consistently two seconds faster than I ran last year,” Schultz said. “All I wanted to happen at these preseason meets was to set my base mark and to see if my training paid off and I think I did that and then some. So, heading into the outdoor season, I am going to be able to test a lot of things. I have to stay hungry and keep up with my training.”

Outdoor track practice is allowed to begin in Illinois April 5 and Schultz is looking forward to getting back to the 400 and 800, the races he has grown into over the years as a sprinter with endurance.

He is a 400 and 800 guy. He is a sprinter that has moved up to running the 400 and 800 because he enjoys it,” Crowe said. “He is naturally fast and he does a lot of sprint workouts, but he has really taken off in the 800 — he is doing a great job and is making the most of his opportunities.”

It is still unclear if there will be an IHSA state meet this spring for track and field, but either way, Schultz and his coach have plans. 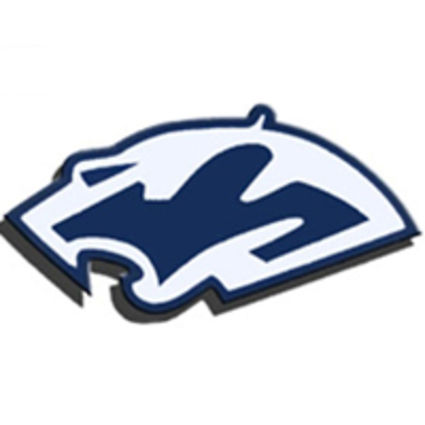 “I would love to see him win a state championship because that has been a goal since his freshman year,” Crowe said. “But, we can only control the things we can control, so there is no reason to get mad or frustrated about it, you just have to roll with the punches, but good thing for these other meets. He is able to compete at the highest level.”

Schultz’ goal at the end of this year, state meet or not, is to go out as the best Illinois has seen. He would like to break the Illinois state record in the 800 of 1:48.10, set by Dave Ayoub of Peoria High School in 1977.

“Even is a world where there is no state meet, I am going to run on my home track and try and break the state record," Schultz said.