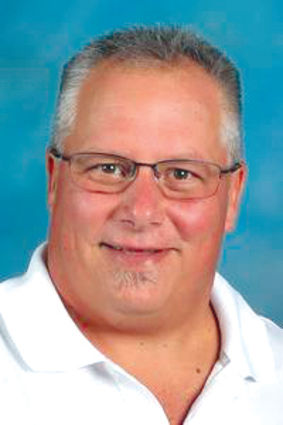 "It truly is an honor to be nominated, let alone receive this award." Yudzentis said. "This is something that cannot be accomplished without being surrounded by some really fine and supportive people. There is no way any of this happens without the kids. I just happen to be in the right place at the right time and feel extremely fortunate."

Yudzentis started as an assistant coach at Illinois Mathematics and Science Academy (IMSA) for two years and later became their head coach for a year.

After IMSA, Yudzentis moved to Plainfield Central High School where he was head coach for eight years before his placement at Minooka Community High School.

This year will mark his 17th season as head coach for the Minooka girls bowling team.

In that time, the Minooka Girls Bowling Team has been to the state tournament 14 times winning four trophies and placing third the last two seasons.

The team placed third during his first season and finished second in 2012.

"I was extremely surprised to hear from Bob Tyrell that I was the recipient of this award and even more honored I was nominated," Yudzentis said. "I don't want to think of this as a culmination of my time coaching, but as recognition of what we have all accomplished through the years. It is quite an honor and I am truly humbled to receive this award."