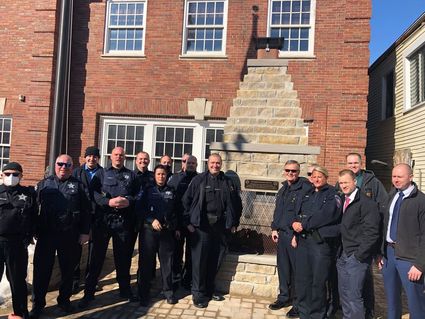 Feithen served on the LPD with honor and distinction as a Police Officer from 1957 to 1977.

At the time, the profession had very few or no females in local police departments across the country. Her husband, William Feithen, served as an Alderman on the Lockport City Council and as a long-time Police Commissioner. Feithen's son, Bill Feithen was the former Police Chief of DeKalb, Illinois and Monmouth, Illinois.

In a public ceremony, Streit officially announced the dedication of the fire pit and chimney in honor of Feithen, as well as the many men and women who have served the Lockport community as members of the Lockport Police Department and Lockport Township Fire Protection District throughout their long histories. The outdoor fireplace will now serve as a public common space. 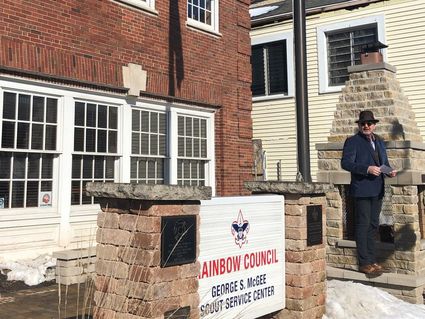 The building located at 921 S. State Street is currently home to the Rainbow Council, Boy Scouts of America. In 1936, the building was dedicated by Mayor Joseph Fitzgerald as the Lockport City Hall. The building initially housed the volunteer Lockport Fire Department established in 1895 after a catastrophic fire that consumed a large portion of the downtown and the Lockport Police Department.

In 1956, the Lockport Township Fire Protection District was created.

Established in 1853, the Lockport Police Department, moved to 921 S. State Street in 1956 and remained there until the current police station at 1212 S. Farrell was built and dedicated in 1997.