Expansion of vote by mail, curbside voting will head to governor 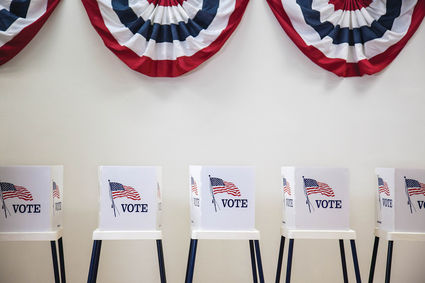 A bill to expand the use of vote-by-mail and curbside voting in future elections passed the Illinois Senate Thursday, meaning it needs only a signature from the governor to become law.

House Bill 1871, which was approved by the House last week, would revise the state election code to make permanent some of the changes that were widely adopted across Illinois for the 2020 general election in response to the COVID-19 pandemic.

If the bill is sent to the governor and signed quickly enough, it would take effect immediately, possibly in time for the April 6 elections.

The bill, sponsored by Democratic Sen. Julie Morrison of Lake Forest, would also require election authorities to accept mail-in ballots with insufficient or no postage.

Thomas Bride, executive director at Peoria County Election Commission, said this provision was carried out in his county by installing a locked cover on the drop box by 7 p.m. on election night.

"At that point, the drop box was locked and any (ballots) that were deposited before 7 p.m. were counted, and then it stopped the ability to leave (ballots) in the drop box after 7 p.m.," Bride said during the Senate Executive Committee on Wednesday.

The bill passed out of that committee on partisan lines Wednesday and advanced to the Senate floor for a vote, where it was approved on a bipartisan roll call with 48 votes in favor and seven against.

Drop box use for April 6 election

The law authorizing ballot drop boxes and curbside voting for the 2020 election expired on Jan. 1, 2021. But some election authorities, including Cook County, have continued to use drop boxes for the February primary election and the upcoming April 6 consolidated election.

Sangamon County, which did not have a February primary, is using one drop box that is located on the premises of the county building for the April election. The second drop box in Sangamon County that was available during 2020 outside of the county Regional Office of Education is not being used for the upcoming election.

Matt Dietrich, spokesperson for the state Board of Elections, said the Election Code is silent on drop boxes, as it is currently written. He said drop boxes were specifically authorized in the election bill for the 2020 general election.

"When that law expired on Jan. 1, there was no specific prohibition on their use nor was there any authorization for their use," Dietrich said in an email.

"I can't stress enough how universally popular and successful this resource was in the November general election," Gray said in a phone interview.

Sangamon County voters from both parties "utilized it often, and resoundingly praised it as a service," Gray said of the two drop boxes.

"We don't want to confuse voters," he said, by taking away a resource that was available to voters in November.

"There's risks in anything but, you know, we believe this to be an accommodation of an extension of our office for people to return their ballots in this unique challenging environment of COVID-19, including for the consolidated (April) election," Gray said.

Larry Suffredin, an election attorney and Cook County Board Commissioner, said he didn't think any legal challenge would be brought over the ballots returned to the drop boxes on county clerk's office premises because those ballots remain under the care and control of the clerk's office.

"[County clerks] control the lockbox, they control the access to the lockbox and the law says that your mail in ballot is to be returned to the clerk. So I don't think that you have a legal issue with what's going on right now," Suffredin said.

But, given that the April election is expected to have lower turnout compared to presidential elections, the number of ballots being challenged "would be very limited," Suffredin said.

"(The challenge) would not have much impact, but I don't see where they would have a claim," he said.

This story will be updated.