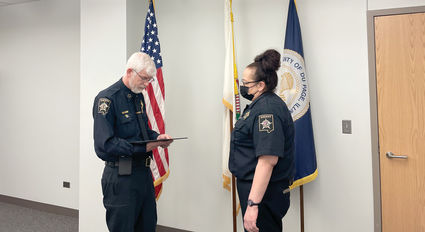 The DuPage County Sheriff's Office 2020 Employee of the Year recognition was awarded Tuesday to Deputy Griselda Wester, a deputy serving in the Corrections Bureau.

Deputy Wester was considered for the award after first receiving the March 2020 Employee of the Month Award. Sgt. Kevin Keenan nominated her for that award for the "exceptional level of patience and tact" she displayed while assisting a chronically mentally ill inmate in a time of crisis on March 9, 2020. 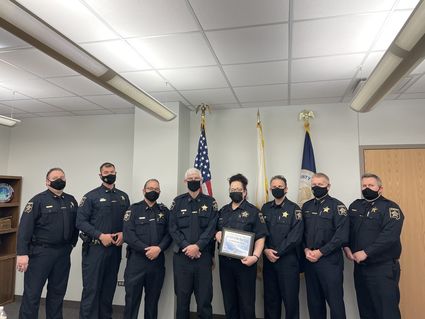 After working to free the female inmate from an area in her cell in which she had become stuck, Wester ensured the inmate received attention from the psychological and medical staff before safely relocating the inmate to a clean cell.

"All personnel on scene noted Deputy Wester's professional demeanor and compassion that day and it set the tone for a positive interaction with a severely mentally ill inmate who was clearly in crisis," Keenan wrote in his nomination letter.

Sheriff James Mendrick said Deputy Wester faced strong competition for the award, which comes with a plaque and three days off.

"Ultimately it was Deputy Wester's professionalism and compassion in a really difficult situation that put her ahead," Mendrick said. "Her actions exemplified what it means to represent the DuPage County Sheriff's Office."