Trio of local women head to the NCAA tournament 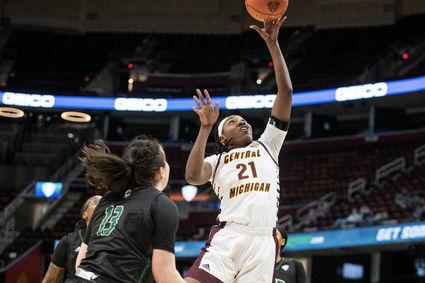 When the men's NCAA bracket was announced, there were two players from local communities on teams heading to the NCAA tournament and both are from the Valley View School District - one each from Bolingbrook and Romeoville.

On the women's side, there are three players on two different teams headed and a pair of them graduated from Bolingbrook High School.

Jahari Smith, who actually played at both Romeoville and Bolingbrook in her time in high school is now a starter for Central Michigan University.

The junior has started all 26 games this season for the Chippewas and averages 7.5 points and 7.4 rebounds a game.

The Chippewas advanced to the NCAA finals by winning the Mid American Conference tournament with a 77-72 win over top-seeded Bowling Green. They did it all with only eight eligible players because of COVID-19 protocol.

Central Michigan has a battle-tested group as all but one player on the roster has experience in the NCAA tournament. For Smith, this is her second time in the finals, falling to Michigan State 88-87 in the opening round.

The other two, Danyell Middleton from Bolingbrook and Lisle resident Antwainette Walker, who played high school basketball at St. Francis in Wheaton.

Middleton, a freshman, has played in five games this season. She made her collegiate debutDec. 22 at Xavier. She saw action in the BIG EAST quarterfinal matchup against Providence on March 6. 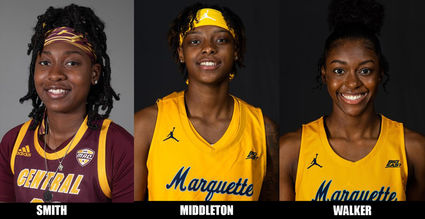 Walker is a redshirt sophomore for the Golden Eagles. This year is her first with the team after originally attending Arkansas-Little Rock as a freshman and missing last season because of transfer rules.

Walker has appeared in 18 games off the bench for Marquette and had her first basket as a Golden Eagle at North Dakota on Nov. 29.

This season, she is averaging 2.5 points, 1.3 rebounds and 0.4 assists, scoring six points in the conference championship game against UConn March 8.