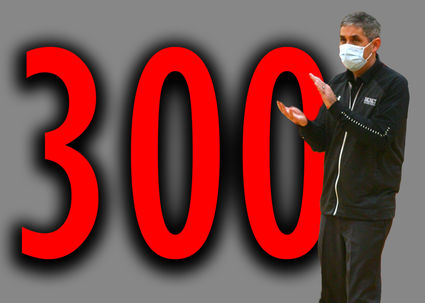 In 2008, Benet Academy basketball coach Marty Gaughan was retiring after 19 seasons at the helm of the Redwings' program.

The recently retired coach was part of the hiring committee and had coached against then St. Patrick's assistant coach and former Nazareth Academy head coach Gene Heidkamp for the job.

"Some of the biggest accolades he received were from our previous head coach Marty Gaughan," said longtime Benet Academy athletic director Gary Goforth. "Marty knew him and had coached against him and Marty was on our interview committee and that helps. When Gene came into the meeting, he put you at ease because he knows what he is doing, he is in it for the right reason and he is going to take us to the next level."

Heidkamp never forgot the fact that Benet took a chance on a coach that in his only head coaching job at the high school level went 24-57 from 2002-05 at Nazareth Academy.

"This school took a chance on me 13 years ago and I will always do my best to maintain a program the school can be proud of," Heidkamp said. "I might have been a risky hire in a lot of people's minds and I will always work hard to try and justify that and I think I still do that 13 years later."

If he hadn't accomplished that already with seven regional titles, four sectional titles and a pair of Class 4A second-place finishes, Heidkamp showed it again Tuesday night when he earned his 300th career win on the sidelines at Benet Academy with a Marist 62-33. With the 24 wins from Nazareth, he reached the overall 300 wins last season.

"It feels good to win on senior night especially with what has gone on this year," Heidkamp said, turning the spotlight off himself. "That comes down to having unbelievable assistant coaches, great support from the administration, support from your family and probably most important really good players and great kids.

"I have been lucky to have kids buy into the culture year in and year out. The culture is such that players are the ones that maintain that and we are lucky enough to be the beneficiaries of that as the coaching staff. My assistant coaches have been fantastic – two of them were here before I got here and they have been with me all 13 years. They are some of my best friends and I couldn't do this without them." 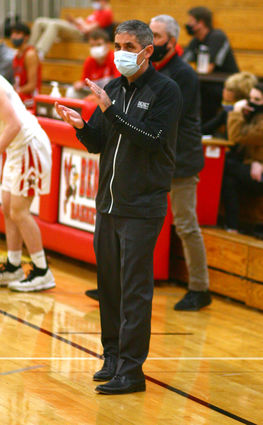 Heidkamp spent his entire playing and coaching career in the East Suburban Catholic Conference, playing for Hall of Fame coach Max Kurland at St. Patrick, then coaching at St. Patrick's mostly under Hall of Famer Mike Bailey for nine years prior to and three years after his head coaching gig at Nazareth.

"He came out of a good system with Mike Bailey [at St. Patrick's] then when he went to Nazareth and he went back to St. Pat's and then he came here," Goforth said. "Gene has been awesome. The thing I have noticed is the way he prepares. When I was downstate one year when they were playing Edwardsville and I was at that practice and [during the game] I knew what Edwardsville was running when they were coming down the floor just from listening to Gene in practice. The way they coach their kids is amazing and it is really great to watch.

"We hired a good person that happens to be a heck of a coach."