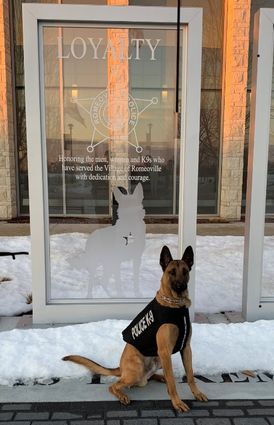 The Lockport Police Department officially announces the retirement of Canine Citgo (a.k.a. Santos). After more than seven years of dedicated service,Citgo will be greatly missed by City staff, elected officials, and the community. Earlier today, the Lockport Police Department held a special celebration in honor of Citgo to with him a very happy retirement. Photo/Video Share (Google Drive).

Citgo is an 8.5 year old Belgian Malinois. He entered police service as a member of the Lockport Police Department in August 2014. He is certified in narcotics and human trafficking searches and suspect apprehension.

At the Committee of the Whole (COTW) Meeting on February 17, 2021, the Police Department informed the City Council about a recent change in Citgo’s medical status. Earlier this year, the Police Department was informed by his veterinarian that Citgo suffers from a degenerative spinal condition causing his vertebrae to fuse together.

Due to the physical nature of police canine duties conventional treatment methods may not be effective in preventing long-term and/or significant injury. In agreement with his veterinarian, the Lockport Police Department recommended that Citgo be retired immediately in the interest of his health and well-being.

The City Council agreed with the LPD, and Citgo’s retirement was made official by approval of Resolution No. 21-033. The City tendered possession of Citgo/Santos to Officer Ganger to live out his remaining days with the Ganger Family as a “regular family pet”.

• In Romeoville, Police Department’s K9 Rood will receive a bullet and stab protective vest thanks to a charitable donation from non-profit organization Vested Interest in K9s, Inc. K9 Rood’s vest is sponsored by Jay and Carol Brickles of Green Valley, AZ and will be embroidered with the sentiment “Honoring those who served and sacrificed”. Delivery is expected within eight to ten weeks.

Vested Interest in K9s, Inc., established in 2009, is a 501(c)(3) charity whose mission is to provide bullet and stab protective vests and other assistance to dogs of law enforcement and related agencies throughout the United States. This potentially lifesaving body armor for four-legged K9 officers is U.S. made, custom fitted, and NIJ certified. Since its inception, Vested Interest in K9s, Inc. has provided over 4,101 vests to K9s in all 50 states at a value of $6.9 million, made possible by both private and corporate donations. 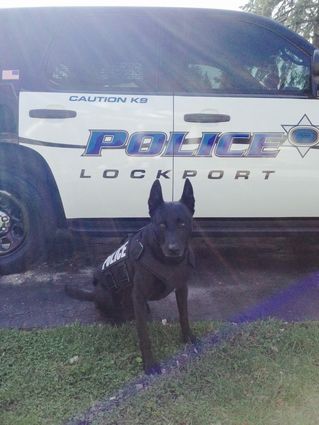 The program is open to U.S. dogs that are at least 20 months old and actively employed and certified with law enforcement or related agencies. K9s with expired vests are also eligible to participate. There are an estimated 30,000 law enforcement K9s throughout the United States.

Vested Interest in K9s, Inc. accepts tax-deductible contributions in any amount, while a single donation of $960 will sponsor one vest. Each vest has a value of $1,744-$2,283, weighs an average of 4-5 lb., and comes with a five-year warranty. For more information, or to learn about volunteer opportunities, please call 508-824-6978. Vested Interest in K9s, Inc. provides information, lists events, and accepts donations at http://www.vik9s.org, or you may mail your contribution to P.O. Box 9, East Taunton, MA 02718.