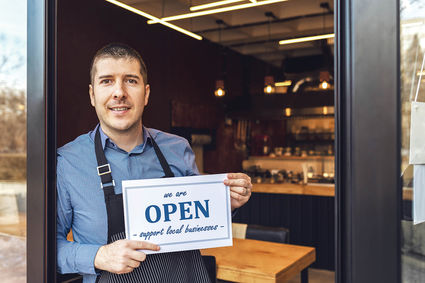 Officials from the hotel, restaurant and convention industries told a state Senate panel Thursday that they need a clear plan for how they will be allowed to reopen as the COVID-19 pandemic wanes, warning that without such a plan, many will go out of business permanently.

“We need to know … a strategy, we need to know the metrics as we move forward because we cannot, we cannot lose another summer here in the state of Illinois,” Sam Toia, president and CEO of the Illinois Restaurant Association, told the state Senate’s newly-formed Tourism and Hospitality Committee during its first virtual hearing.

The committee was set up this year by Senate President Don Harmon, D-Oak Park, because the state’s tourism industry has been among the hardest hit by the pandemic.

Currently, all regions of the state are under Phase 4 mitigations, which limits private gatherings to no more than 50 people. But Toia argued that many restaurants are capable of handling larger numbers of people safely, and he said there should be a more specific plan that would allow bars, restaurants and hotels to gradually move out of Phase 4 toward Phase 5, which is full reopening.

“We just want to know when we can go back to having conventions, having parties, private parties, figuring out when we can have some fans in stadiums. This is very, very unclear,” he said. “And we just want to get adjusted of what Phase 5 is going to look like. I don't think we can wait 12 to 18 months.”

Michael Jacobson, president and CEO of the Illinois Hotel and Lodging Association, agreed, saying that without such a plan, hotels risk losing not just another season, but another year.

“What our industry needs is clarity,” he said. “Meeting planners are making their plans right now for events booked this summer and beyond. … Because of how long these planners book in advance, we cannot take a day-by-day approach to these restrictions. Otherwise, we are putting months and months of future business at risk of leaving our state. And once a meeting leaves Illinois, it becomes so much harder to convince that organizer to come back to our state.”

During a one-week period in January, he said, the occupancy rate among Chicago hotels was down 84 percent from a comparable week in 2019.

“It has become clear that we will be among the last industries to recover from this disaster. In fact, we don't anticipate a recovery to pre-pandemic levels until 2024 at the earliest,” Jacobson said. “And that is assuming that the recovery accelerates here in the next couple of months.”

Toia and Jacobson both noted that other states are adopting plans that allow for a more gradual reopening of businesses with larger and larger group limits. Both also argued that workers in those industries should be prioritized for vaccinations.

According to the “Restore Illinois” reopening plan, the state can only move into Phase 5 when “testing, tracing and treatment are widely available throughout the state. Either a vaccine is developed to prevent additional spread of COVID-19, a treatment option is readily available that ensures health care capacity is no longer a concern, or there are no new cases over a sustained period.”

Toia and Jacobson argued that with vaccines now in distribution and the spread of the disease greatly slowed, it’s time for the administration to start making more specific plans for how and when the state can transition to Phase 5. The state’s rolling seven-day case positivity rate on Thursday was 2.7 percent, the lowest it’s been since early July. 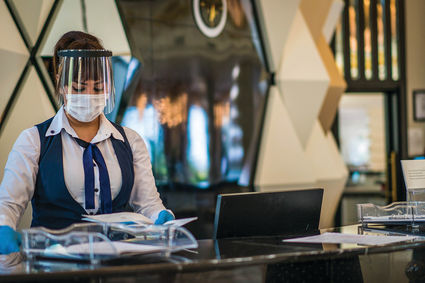 Committee Chairwoman Sara Feigenholtz, D-Chicago, said the committee would review that letter and any response the administration provides.

“Our goal is to meet and construct a safe plan to get tourists into hotels, restaurants and our cultural institutions,” Feigenholtz said in a statement after the meeting. “There is a path to do this safely, and Illinois must look at the modeling and metrics of other states in order to kick-start a struggling industry.”