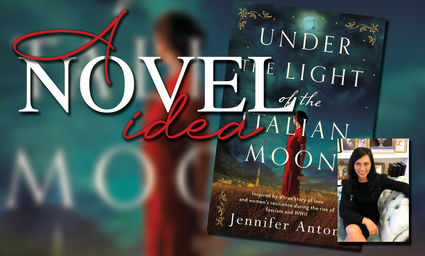 Growing up in the Joliet area, Jennifer Anton always wanted to write and from an early age at St. Mary's Immaculate Grade School in Plainfield, she was inspired to do just that.

"In the fifth grade, I started a little club in the schoolyard called the Drama and Literature Club. My teacher, Miss Wilson was so kind and let me encourage the class to submit poems and short stories which she then 'published' for us by making a photocopy version," Anton said. "I guess that was my first publishing experience. Sister Mary Keenan, who died in the Plainfield tornado, was also always encouraging me to write."

Anton continued to write and on March 8, she will release her debut novel, "Under the Light of the Italian Moon," a book that focuses on stories of women under Mussolini's fascist rule leading into the collapse of Italy and WWII.

The book is described by Anton as the story of Nina Argenta, the daughter of a strong-willed midwife who falls for a local boy emigrating to America. As Mussolini's fascists and Hitler's Nazis threaten to destroy their love forever, she must learn to survive and face a war alone.

"It is a tribute to women and puts the reader inside the heads of the rural women, during the progression of the dictator and climax of the war and Nazi atrocities," she said.

The book brings together Anton's Italian heritage with her upbringing in Will County, with scenes in the book taking place in her hometown.

"Like many Italians, emigration to America was an opportunity for work and a life of opportunity. My family settled in the Joliet and Plainfield area," Anton said. "There is a chapter that takes place downtown Joliet, highlighting the Rialto and Chicago Street. My whole family still lives in Joliet and Plainfield. In fact, my aunt, the person who helped me answer many of the questions I had when my grandmother died, lives in Plainfield.

"Certainly, my life experiences growing up in Joliet and Plainfield have been fed into the pages and the family remains in the area."

The book is inspired by the lives of her female ancestors in Italy who lived under Mussolini's rule and held midwife roles which were specifically impacted by the policies put in place by the fascist leader including his outlawing the communication of contraceptive education and abortions, encouraging births for the country and diminishing women's roles to childbearing for the fatherland.

One of those ancestors was her grandmother.

"My grandmother, who spent her later years in Crest Hill, grew up in Italy under Mussolini's fascist rule, and then lived through Nazi occupation in her small northern Italian town, yet she never talked about it and the reality of what she lived through went unknown," Anton said. "She died two weeks after my daughter was born, never getting to meet my baby and I wondered what of hers I could share with my daughter. The unanswered questions I never was able to ask became a map for my journey to understand her life and brought me to Italy again and again. She never returned to the country she loved. I did that for her."

The birth of her daughter, death of her grandmother and a near fatal heart condition all went into the inspiration and 14-year journey that led to the finished product. 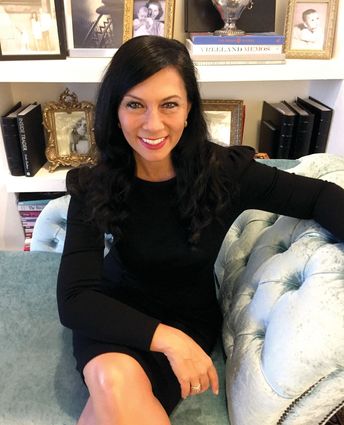 "I began writing in 2006, after the birth of my daughter led me to develop a peripartum cardiomyopathy, a deadly heart condition. Two weeks later, my Italian grandmother passed away, never able to answer the questions I had about her life in fascist Italy and under Nazi occupation during WWII in the town of Fonzaso, Italy," Anton said. "That began a journey to research and uncover stories and facts between relatives in the U.S., Canada and Italy. I took over seven trips to the town of Fonzaso, Italy, recreating the stories in my mind and uncovering details to Nazi atrocities that occurred in the town. Eventually, I gained Italian dual citizenship and moved abroad."

After more than a decade, Anton said she is happy to have her labor of love ready to be released for the world to read.

"I'm thrilled to have finally finished after all this time," Anton said. "It was one of the most difficult but important things I will ever do in my life. I encourage anyone with a book they want to read, to write it - no matter how much time it takes."

"Under the Light of the Italian Moon" officially releases March 8, International Women's Day, however, it is available for preorder now on Amazon, Barnes and Noble.com and Bookshop.org.