By Ryan Ostry
For the Bugle 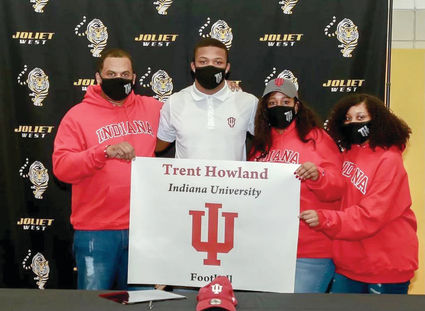 In 2017, Joliet West was gifted a star-studded athlete that changed their football program for the future.

Historically, West has not been known to have a dominant football program.

The Tigers made their first playoff appearance in 2016 after a 47-year drought since 1969.

With the departure of then coach, Jason Aubry following their first playoff appearance, Athletic Director Steve Millsaps hired Bill Lech to commandeer the program in 2018.

“Trent came to West a year before me so I really started seeing him play and dominate his sophomore year,” Lech said. “We had some injuries on varsity, so we decided to bring him up because he was so dominant at the sophomore level and he was just so gifted physically.”

Lech said that there are many factors that play into the role of bringing up an underclassman to the varsity level, including if the athlete’s parents are comfortable enough with that athlete to come up.

In a discussion with both of Howland’s parents and Trent, all parties collaborated and brought him up which paid dividends for West.

“My parents have always been a top priority of mine because they hold me to such a high standard and they’re both always so involved in my life,” Howland said. “If one parent couldn’t make it to the game then the other would, I always had the nice shoes and gear and they both have helped me off the field on how to act correctly and be the best person I can be.”

In 2018, Howland’s first year getting a glimpse of varsity football, the Tigers struggled, however Howland still rushed for 255 yards and three touchdowns in just four games.

With the few games of varsity experience in his sophomore year, Howland burst onto the scene his junior year leading the Tigers with 209 carries, 1,520 yards and 15 touchdowns with a long of 84 yards and a berth into the playoffs.

“It’s been nice to know that our class has been starting to turn heads and really make people think and believe in West that we have a good football school,” Howland said. “Not a lot of people believed in us before but now going forward they will know West is here.”

With high expectations coming off of a first-round playoff loss to Minooka where the Tigers kept it close to one of the best teams in the state, Howland said it has been a struggle in 2020 due to Covid-19 just like it’s been for everyone else.

“It’s been hard with little to no practice, there’s been a lot of online zoom meetings but there just hasn’t been that in person work,” Howland said. “With the week or two we had we still couldn’t even really see each other or do nearly as many football drills as we could in years past.”

So far, there was groups of 10 with conditioning for just 15 days this past summer, but that has been halted since Illinois has gone back into Phase Three.

Lech and Howland both concurred on how the lack of conditioning that was missed out from March to June and being in the weight room preparing for summer camp hasn’t been easy on the team.

The IHSA season is still slated to resume in February, but with no guartantees, Howlad committed to playing next season at Indiana University to play for the Hoosiers and coach Tom Allen.

Allen led the 2020 Hoosiers to a 6-1 overall record that propelled him to earn the Big Ten coach of the year honor.

If the 2021 season does play as scheduled, West will be without its star back, as Howland is recovering from a knee injury that will sideline him until mid-2021. 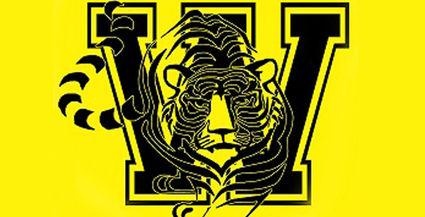 “I was just doing a one-on-one fast break drill in basketball practice on October 13 and when I did a jump stop I came down awkwardly and I knew something was wrong when my knee numbed up,” Howland said. “I’m actually one of the lucky ones though because the doctors said I didn’t tear it too much and I should be able to start running and jumping again in about six months and the full recovery will be nine months.”

Indiana started recruiting Howland this last April with a direct message on Twitter that followed by a personal phone call with Howland and Allen.

Howland said he was sold on Indiana because of the coaching staff and the direction in which the program is going.

And while he will miss the Tigers’ season, Howland, who is still in physical therapy, said he will be ready opening day for the Hoosiers in the 2021 season.