Former Mustang impressive in one inning of work 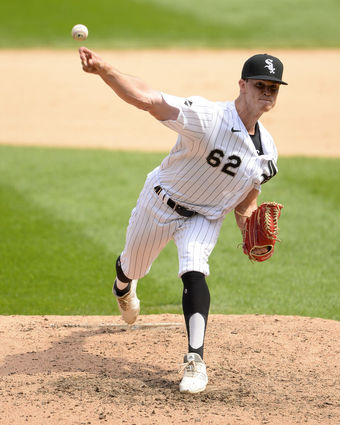 In the sixth inning of a game that saw the Chicago White Sox losing 6-0, Downers Grove native Zack Burdi lived a childhood dream.

The former Downers Grove South Mustang, Burdi made his Major League debut after a path to the pros that had been anything but easy.

As he walked to the mound in the empty stadium, television cameras caught him look around the ballpark and soak in the moment.

In his first inning with the Sox, Burdi threw 21 pitches, allowed an infield hit and struck out a pair - hitting 99 miles per hour on the radar gun more than once.

Burdi's first Major League strikeout came against Indians' catcher Beau Taylor and Burdi needed a reminder to throw the ball out of play for a souvenir of the moment.

"It really wasn't on my mind at the time," Burdi said of the moment. "I saw [guys in the dugout] flashing their hands at me and I got the message and threw it over there. I was amped up and ready to go.

"I felt good. I was excited and definitely had the blood pumping and had to slow it down a little bit. It was an effective inning and I used all three pitches and I couldn't have asked for much more than that."

Burdi was called up from the club's Schaumburg training facility prior to Saturday's game against the Indians after the Sox placed reliever Aaron Bummer on the 10-day injured list.

The moment was one Burdi has dreamed about ever since playing for the Downers Grove Longshots.

"Being from Chicago and making your debut for the White Sox is what 50 percent of Chicago dreams of - with the other 50 percent dreaming of the Cubs. For me, this was my dream," Burdi said. "It was something that I thought about when I was a kid and three years ago to have that cut short with injury and then I had a chance to prove myself again and have it cut short again with injury and then the pandemic going on now, there was a long time and a lot of sitting around and waiting and wanting this to happen and prepping for it.

"Now to see that all come to fruition, not only for me, but for all the people that have helped me along the way - the (physical therapists), the strength coaches, the pitching coaches, my parents - just everyone who is involved. This is a huge day for a lot of people and I am glad it is finally here and everyone was able to experience it."

The White Sox originally selected Burdi as the 26th overall pick in the first round of the 2016 Major League Baseball Draft out of the University of Louisville.

In late July 2017, Burdi suffered an arm injury and required Tommy John surgery, forcing him to miss the entire 2018

Nearly two years after the arm injury, Burdi dislocated his right knee warming up before a game for Double-A Birmingham. That injury required a full medial patella-femoral ligament reconstruction surgery.

After recovering from the knee injury, Burdi struggled to find command on the mound until he found help in a unique place.

"It has been a month and a half since I made some mechanical changes. I was on Twitter one day, I saw a guy explaining how he threw and it was very similar to how I threw and my mechanical problems and I brought it to coaches I was working with at the time and we figured out the correct sequencing and from there, it wasn't a huge gap. Whatever it was, the way my arm was working three years ago was coming back," he said. "My buddies dad who coached us in travel baseball and he retweets a bunch of stuff to the kids he coaches now. I came by it and it was simple as load and drop your hips and I don't know why, but it did something for me and it did a huge 180 in the confidence in the way I approach the game day in and day out."

So what is next for Burdi?

He was not ready to claim a role in the bullpen after one inning of work.

"I think my role now is to go out there and get outs and throw strikes and be healthy every time they call down to the bullpen for me," he said. "We have four or five really strong bullpen guys. (Closer Alex) Colome deserves everything and the guys under him deserve the opportunities they have and the role they are given, so I don't know if it is fair for me to say that I deserve any role or that I picture myself in any role when all these dudes have worked so hard to get what they have now."

White Sox manager Rick Renteria said after the game that he could see Burdi as a piece of a strong bullpen for the southsiders.

"He looked great. He has been trying to improve his slider. Obviously his velocity is good. We were very happy with his short stint of work," Renteria said. "We have been very fortunate that we have a couple of guys that have power and have nice secondary pitches to work off their fastball. We are happy that we have guys like Burdi and (Codi) Heuer and Ian Hamilton and (Matt) Foster. We are building some more arms for our pen that could be high leverage type guys. Today was just to get him out there and get him comfortable as fast as we could, but I wouldn't be surprised if you see those guys out there in high leverage situations and try to help us win ballgames." 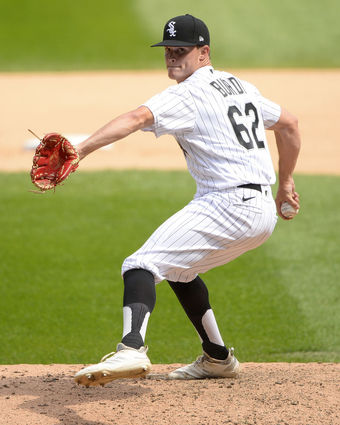 Burdi was the second of his siblings to debut in professional baseball, following his brother Nick who also underwent Tommy John surgery. In fact, Nick was taking over the closer role with the Pirates when he was placed on the 45-day IL with an elbow injury, effectively ending his 2020 season.