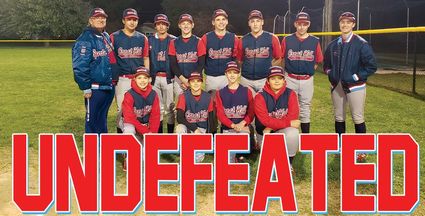 In 2020, it seems the only clear-cut winner of anything has been COVID-19, as the pandemic and subsequent lockdown by Illinois Governor J.B. Pritzker has wiped out everything from summer vacations to high school athletics — while claiming jobs and small businesses along the way.

In Crest Hill, however, a group of 11 young men found a way to beat the virus and 19 of its opponents and post a 19-0-2 undefeated season — the two ties coming because of time limits on games.

Linko paced the team in several offensive categories, posting a .600 batting average with 24 singles, eight doubles, four triples and 20 hits with runners in scoring position. He recorded a team-best 34 RBI.

Linko tied Chase Manegold for fewest strikeouts with only five on the season.

“This was a unique season,” Linko said. “It was one of the better ones for me. I made friends and I played the best I ever played. Being able to play baseball this year was just a great feeling.”

“I really didn’t think that we would play this year, but I was trying to stay positive,” Frcek said. “It was a fun season. It was worth going through everything we did and going out with no losses was a great way to end the season.”

Chase Manegold paced the team on the mound, posting five wins to go with a 0.24 ERA, racking up 64 strikeouts, an average of 14.97 per game.

He threw one no hitter on his own, combined for another no hitter and tossed three one hitters on the season and lead the team with four shutout. On the season, opponents batted just 0.64 against him.

When not on the mound, Manegold played first base and centerfield and posted a .451 average on the season.

When the season was pushed back, Manegold almost did not play because of a basketball commitment.

“We started in the spring in the batting cages and they were talking about COVID this and that and use hand sanitizer and then the next week, we were done,” he said. “I was very surprised. I was actually in a basketball league and coach Joe (Marshall) called be back and I decided to finish the season with him.

“I was given these chances I probably shouldn’t have had and I am very appreciative of this team.”

Posting a season with no losses is something this year’s Sports Huddle team can remember as a positive from a whirlwind 2020 campaign, it will also be remembered as the first undefeated season in the 41-year coaching tenure of Marshall.

Last season, Crest Hill had teams in both the DuPage River Conference and the Crossroads of MidAmerica Conference, both coached by Marshall, and both won championships.

Of the players on this season’s team, John O’Brien and Luke Nolan played on the one-loss DuPage River Conference team a season ago and finished their Sports Huddle careers with a record of 47-1-2 — the best two-year run by any players under Marshall in four-plus decades.

This season’s team almost looked a lot different than it did, however, as COVID-19 threatened to leave the team without key players.

“We started practicing in late June, but when the season was pushed to July 31, Niko and Will (Richardson) were not going to play because of football at Lockport,” Marshall said. “Will decided to try and do both, but on July 29 when they announced there would be no football, so he came to practice.

“Then when we announced when we were going to play, Chase wasn’t going to play because he had basketball and he is our best pitcher. I told him whatever we needed to do to work with him, I would, because this may be my last year ­— I still don’t know.”

Once the season started, leagues had teams shut down for COVID-19, including lower level teams at Crest Hill.

“It was like a roller coaster,” Marshall said. “We were dodging bullets.”

When the team finally opened the season with only 11 players, two of them 12-year-olds playing a level up, there was no guarantee how the players would mesh.

“This team really came together all year,” Manegold said. “Our communication was on point, we have two 12 year olds and they got better every game. I am so proud that we did what we did this year.”

The 12-year-olds were Damian Herrera, nicknamed Cub Fan, hit .227 on the season in his first year in organized baseball.

“He is one of the best bunters on the team and has a great attitude,” Marshall said. “The 14 year olds that used a (particular) blue bat signed the bat and gave it to him after the game. That is what they think of him.”

He was joined by fellow 12-year-old Gordie Kairis, who batted .116 on the season, while making one of the top defensive plays of the season. 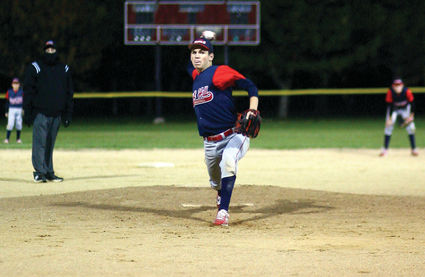 The tandem of two-year players, O’Brien and Nolan contributed this season.

He led the team with six wins on the mound and posted an ERA of 0.92, throwing a perfect game against Channahon.

Also contributing to the undefeated team was Austin Woosley, who hit .404 and threw out four runners at first base from right field.

Congratulations Joe Marshall & Crest Hill Baseball on another epic season! Thanks to Joe & Donna Marshall for all their hard work & time for over 20 years & thanks to Mark Gregory for the great article!