Utility says $200 million fine to be paid by shareholders, not ratepayers

Top executives of utility giant Commonwealth Edison faced tough questions from state regulators Wednesday as they publicly apologized for the lobbying scandal that is forcing the company to pay a $200 million criminal fine.

"That's the first words I wanted you to hear out of my mouth," ComEd CEO Joseph Dominguez told members of the Illinois Commerce Commission. "But the last words I want to leave you with is that I've observed the character of this company. I know what our job is and leading it and I know the reforms that we have to put in place."

On July 17, ComEd entered what's called a deferred prosecution agreement with the U.S. Attorney's office in Chicago and admitted to handing out lobbying jobs and subcontracts to close associates of Illinois House Speaker Michael Madigan - including some who reportedly did little or no work - in an effort to gain Madigan's support for legislation benefitting the company.

Madigan, who also serves as chairman of the Illinois Democratic Party, so far has not been charged with any crime and he has denied any wrongdoing.

As part of the deal to defer prosecution of bribery charges against the company, ComEd and its parent company Exelon agreed to pay the fine, to cooperate with a continuing federal investigation, to adopt internal policies and controls regarding their dealings with public officials to prevent similar crimes from occurring again and to file reports with the U.S. Attorney's office at least once every 12 months detailing how it is complying with the terms of the agreement.

"They create, among other things, a detailed tracking system to capture information about our interactions with public officials," said David Glocker, Exelon's executive vice president for compliance and audit. "Going forward, beginning when these policies went into effect on July 6, any request, recommendation or referral from a public official has to be reported, has to be tracked, and it can only be acted on with the concurrence of a series of people within the organization, including, importantly, the compliance function."

The Illinois Commerce Commission is a five-member body whose members are appointed by the governor to five-year terms. Its main function is to set rates and charges for services provided by public utilities.

But with regard to electric utility rates, that function was greatly curtailed in 2011 with the passage of a bill that has been a focus of the federal investigation, the Energy Infrastructure Modernization Act. Under that law, which was passed over the veto of then-Gov. Pat Quinn, electric rates are automatically adjusted each year based on a formula that is tied to interest rates on 30-year Treasury notes.

That law continues to anger consumer advocates, including the Illinois Public Interest Research Group, or PIRG, whose director, Abe Scarr, also testified before the ICC Wednesday.

"EIMA has severely limited Commission authority, while shouldering it with an overwhelming number of proceedings and not enough time, or the proper tools, to analyze utility filings," Scarr said, according to his written, prepared testimony.

Illinois PIRG has called for repealing the 2011 law, and Rep. Ann Williams, D-Chicago, who chairs the House Energy and Environment Committee, has said she intends to introduce legislation to repeal the automatic rate adjustments. 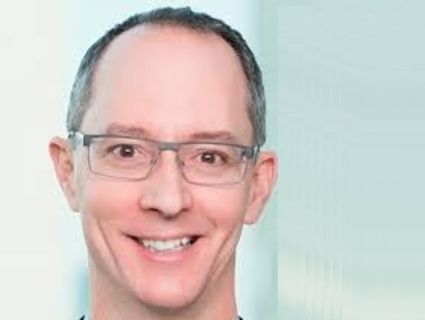 Of particular concern to ICC members, however, was ensuring that the $200 million fine will come out of the pockets of ComEd's shareholders, not its customers and ratepayers.

Dominguez insisted that it will come from shareholders, and he detailed the process by which Exelon, the company's biggest shareholder, will put the money into ComEd in two installments of $100 million each and ComEd will repay that money out of the quarterly dividends that it would otherwise distribute to shareholders.

But some ICC members remained skeptical.

"I'm not interested in receiving assurances that our ratepayers will not be saddled with any financial settlement related thereto," Commissioner Sadzi Oliva said of the federal investigation. "Because I can assure you that that answer is a foregone conclusion in my book."