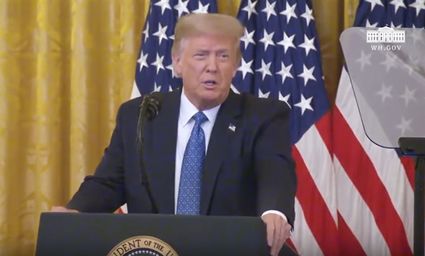 More than 200 federal agents will head to Chicago this week as state and local officials take a more measured tone of acceptance after railing against a potential federal surge earlier in the week.

That's because the Trump Administration has offered assurances that the Illinois operations – an expansion of the Operation Legend initiative boosting law enforcement efforts in Kansas City, Mo. – will be different than recent actions by agencies in Portland, Ore.

In that city, there were several reports and videos of federal agents without clear identification detaining protestors in unmarked cars.

While President Donald Trump and Chicago Mayor Lori Lightfoot traded political barbs this week, the pair appears to be in agreement that federal troops working in coordination with Chicago police under U.S. Attorney John Lausch Jr. would be beneficial as the city faces a recent rise violent crime.

Lightfoot, along with Gov. JB Pritzker and Attorney General Kwame Raoul, have pledged to defend the civil liberties of their constituents should federal officers overstep in Chicago.

While worries earlier in the week gave way to reluctant acceptance, Trump ultimately would have had authority under federal law to send in federal agents anyway, even if local authorities remained opposed, according to a University of Illinois constitutional law professor.

"Federal agents do not need the permission of states or cities to enforce federal law locally, and states and cities cannot obstruct federal officers when they are enforcing federal law," Jason Mazzone, who is an expert in federalism, said in an email. "That said, federal agents do not have a general policing authority."

Mazzone said there are several potential legal justifications for agents to act in Portland, such as protecting federal buildings, stopping the use of explosive or incendiary devices or breaking up riots that affect interstate commerce.

But it was unusual, he said, that federal authorities planned to act even as local officials in Portland and Chicago – at least until the operation was clarified Wednesday – opposed the action.

One example Mazzone gave is the practice of federal agents not interfering with state legalization of marijuana despite federal prohibitions. But he also noted the Trump administration has set a precedent of enforcing immigration laws despite opposition from sanctuary cities and states.

Older precedents, he said, include integration of public schools and enforcement of voting rights over local interference.

Trump and U.S. Attorney General William Barr have been careful to make a distinction between Operation Legend and the "tactical teams we use to defend against riots and mob violence" in Portland.

Responding to Trump's news conference on Wednesday, Lightfoot said federal agencies have coordinated with local law enforcement in Chicago on different operations for decades, and that she trusted Lausch – who she called a friend and former colleague – to oversee the operations.

In Portland, by comparison, agents from the Department of Homeland Security acted without the knowledge or support of local officials and police departments. Their justification has been that they were guarding federal buildings.

Critics of the Trump Administration's actions in Portland cite residents being accosted by agents away from federal property as proof of wrongdoing. In two separate announcements Thursday, the Inspectors General of the U.S. Department of Justice and the Department of Homeland Security said they were opening investigations in the actions of federal agents in Portland.

Oregon's Attorney General is suing the Department of Homeland Security and the U.S. Marshals Service, alleging the agencies violated civil liberties by detaining residents unlawfully without identifying themselves or giving valid reasons for arrest. 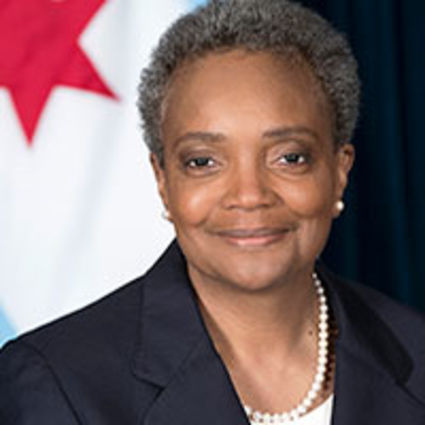 In an email statement Tuesday, Illinois Attorney General Kwame Raoul said he was in contact with the Oregon Attorney General and was "committed to using every resource available to my office to prevent actions that would lead to the violations of the constitutional rights of residents of Chicago and Illinois."

U.S. Senator Dick Durbin, who represents Illinois, introduced a bill Monday that would prevent federal agents from engaging in crowd control unless near federal property. An exception would be granted in cases where both the mayor and governor of a state request the agents' presence.

Durbin and fellow Sen. Tammy Duckworth – both Democrats – released a statement Wednesday noting they were "relieved the Trump administration says they plan to work with local officials and authorities in Chicago rather than undermine local law enforcement and endanger our civil rights, as their agents have done in Portland."