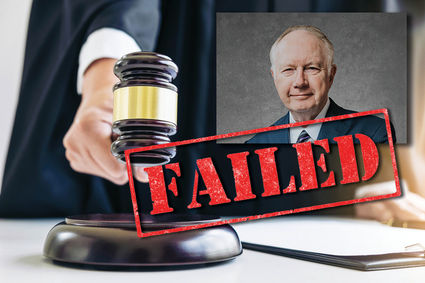 SPRINGFIELD – For the first time since Illinois adopted judicial retention elections in 1964, an Illinois Supreme Court justice lost a retention bid to stay on the state's highest court.

Justice Thomas Kilbride failed to win at least 60 percent of the 'yes' vote in his district, earning only 56.4 percent of the vote, according to unofficial results. Kilbride conceded from the race in an email statement issued around 11:30 p.m. on Tuesday night.

"Though votes continue to be counted, I am disappointed in the apparent outcome. I want to thank the voters of the Third Judicial District for twice placing their faith in me to uphold the sacred principles that guide our judicial system. Serving on the Illinois Supreme Court has been the honor and privilege of my lifetime, and I am proud of the legacy I will leave behind, including a court that is more open, transparent and accessible to all, regardless of economic means," the statement read.

Kilbride's retention was opposed by Citizens for Judicial Fairness, a campaign committee that raised millions backing his removal, with hopes of electing a Republican to the 3rd District seat in 2022.

Jim Nowlan, chairman of the Judicial Fairness committee, in a statement Tuesday night, said the outcome "sends an unmistakable message that Illinoisans want an independent judiciary with no ties to [Democratic Illinois House Speaker] Mike Madigan."

"We call on the Supreme Court to listen to the people as they consider a potential interim replacement to serve until 2022," Nowlan said in the statement.

Since this is the first time a Supreme Court justice has lost retention, the court has never before faced the issue of replacing a candidate who has failed to gain retention.

Under article 6, sections 3 and 12, of the Illinois Constitution, the state Supreme Court must appoint an interim justice to fill the vacant seat, by a vote of at least four justices, until the next election in 2022.

The justices typically do not reveal the breakdown of their vote.

A court spokesman said he did not know when the court would appoint an interim justice to fill Kilbride's seat.

The state constitution does not set a specific time frame for when the Supreme Court must vote on an appointment after a vacancy on the court occurs.

The constitution states that the "person appointed to fill a vacancy 60 or more days prior to the next primary election to nominate Judges shall serve until the vacancy is filled for a term at the next general or judicial election."

Both Kilbride and Justice Lloyd Karmeier, who is retiring, have terms that end on Dec. 6.

If the court meets to appoint a justice before then, the two outgoing justices could be involved in selecting the temporary successor, said Ann Lousin, a constitutional law professor at the University of Illinois Chicago John Marshall Law School.

"If [Kilbride] does sit in on the meeting, he would have a say in his successor," Lousin said. "He would be one vote out of seven."

Kilbride's retention race has already exceeded the previous record for spending in an Illinois Supreme Court retention race, and it could be the most expensive race in the court's history.

The seven justices on the Illinois Supreme Court are elected from five judicial districts. The 1st Judicial District, which encompasses Cook County, contains three justices – Anne Burke, Mary Jane Theis and P. Scott Neville, who are also Democrats. Neville was also elected to the Supreme Court on Tuesday, but he ran unopposed.

Karmeier, a Republican representing the 5th Judicial District, will be succeeded by Justice David Overstreet, who won his contested race.

Overstreet, a Republican, defeated his opponent Justice Judy Cates in the only other competitive Illinois Supreme Court race on Tuesday. Overstreet won roughly 63 percent of the vote, or 358,455 votes, according to unofficial results.

"It is the honor of a lifetime to be elected by the citizens of the 5th Judicial District of Illinois to serve as your next Supreme Court Justice," Overstreet wrote on his Facebook page Wednesday morning.

Both Overstreet, 54, and Cates, 68, serve on the 5th District Appellate Court - one of five state appellate courts, which are one level below the Illinois Supreme Court and hear appeals from circuit courts.

Cates will retain her seat on the appellate court. She did not respond to a request for comment Wednesday.

Overstreet first joined the bench when he was appointed a circuit court judge in the 2nd Judicial Circuit Court in 2007. Before that, he worked in small, private firms in southern Illinois and Knoxville, Tennessee. 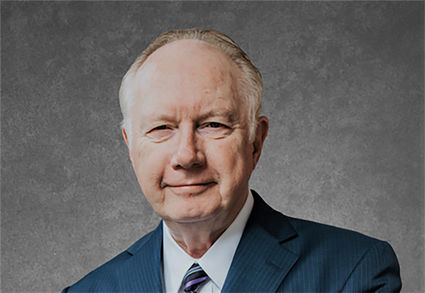 Overstreet describes himself as a "constitutional conservative," while Cates ran as a centrist Democrat who promised to protect the rights of gun owners.

Before Karmeier was elected to the Illinois Supreme Court in 2004, voters in the 5th Judicial District had only elected Democrats to the high court since 1964.

Overstreet's election to the court means that three Republican justices will remain on the Illinois Supreme Court.