Campaigning or cooperating in Crest Hill?

Mayor Ray Soliman questioned about phone calls to residents. Was he helping or campaigning? 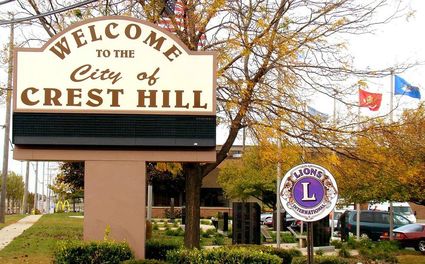 Things got heated at the end of the Crest Hill city council work session Monday at city hall.

Just before moving to executive session to discuss selling the current building when the new one is built, City Clerk Vicki Hackney, who announced last week that she will not seek re-election, questioned Mayor Ray Soliman about phone calls he was making to residents that have incorrectly filled out the forms for a property tax rebate and leaving his personal cell phone number on voice mails — suggesting Soliman was doing so to help his bid for re-election.

When asked, Soliman admitted to leaving his personal cell number, which he says is a city-issued phone.

“Ashli (Motyka, Finance Supervisor) came to me and said that they were overloaded with people turning in [with the wrong corresponding information] — they said they needed help and I said I would take ones with property tax bills.

“I will do anything that I have done over the last 12 years. If anyone asks me for help, I will help them out. They are getting a courtesy call from me and I am telling them to call back because I don’t want them to think it is a scam call. If I don’t answer, it says, ‘this is the mayor.”

“If you are talking about legitimacy as far as you not wanting them to think it is a prank call, then why would not leave the city hall number? That can be looked up very easily,” Conklin said. “I can put [this is the mayor] on my message, too. A published city hall number makes more sense than a personal cell number.”

Outside of possible campaigning, the questions of why the calls were made at all when according to the online form, directions are given and residents are informed that failure to correctly complete the form may result in the rebate being denied — and if they are being made, why are they made by the mayor, not by city staff.

“There are six people in the office, they can handle it,” said Ward 1 Alderman John Vershay.

“This is the finance office’s job. and there is staff in the clerk’s office that would be more than happy to call, but it was my understanding that last year no one was called and it was test run — this year the process was, you turn in your form with property tax bill,” she said. “I want everyone to get the rebate, but if we didn’t call last year, why are we calling this year? Were any other political candidates offered to assist?”

Soliman, who has been on the city council since 1993 and mayor since 2009, again denied the calls were a form of campaigning for re-election.

“I think we have a duty to provide a service here,” he said in response to Hackney. “I am doing it as the mayor to help them out and if you disagree, so be it.”

While no formal resolve was given, City Administrator Heather McGuire defended Soliman making phone calls, but said she would instruct staff members that they are the only ones to make calls.

“It is appropriate for staff members to call if we are going to make an effort to make sure everyone is getting a property tax rebate check and the mayor, for all intents and purposes, is a treated as a quasi staff member,” she said. “He is the liquor commissioner, he is in [city hall] day to day and he signs off on a lot of communications — so the clerk, mayor and treasurer all have a different relationship with the city than the aldermen do. I do not want to comment on a campaign issue. The mayor is not prohibited from doing any city business just because it is an election year.”

“I was not part of the initial discussion, I became aware of [the calls]. I am happy to have just the office staff do it and keep all elected officials out of it.”