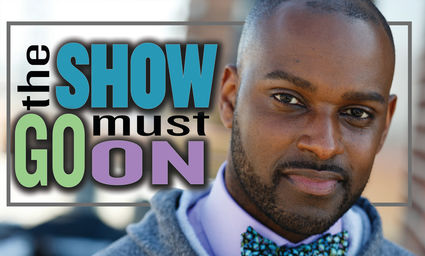 While the COVID-19 pandemic forced many people around the world to sing the blues, it has made Arbender Robinson sing just about anything else.

A veteran of musical theater and Crest Hill native, Robinson has entertained social media followers with songs ranging from Broadway to the Beatles to Barry Manilow.

In what he calls his ‘Early Morning Vocals,’ Robinson sings a new song every day and posts them to his Facebook and Instagram accounts for no other reason than to make people smile and feel better about the day.

And if anyone is curious about the early morning part, there is rarely any sunlight coming through the window when he performs.

“It has kind of turned into its own thing,” Robinson said. “I started just doing it because I was bored and it was something to do and it was fun. Then, I made a commitment to doing this until things get somewhat back to normal. There are so many people that literally say that they start their morning listening to me wake up at the crack of dawn and sing a song.”

Robinson is nearing his 150th online performance, which he records every Monday through Friday.

“People make suggestions and each one leads to something else,” he said. “There have been a few songs I have picked for personal reasons, but mostly they are what people throw out.”

Music and singing are not hobbies to Robinson.

The Lockport Township High School graduate, he made his Broadway debut in the Tony Award winning production of Hairspray.

Robinson was the first African American to play Marius on Broadway in Les Misérables and at the time of the COVID-19 lockdown was in The Book Of Mormon on Broadway.

Yet, after all he has accomplished with music and theater, he said he is enjoying singing songs fresh out of bed in front of his computer.

“Because I do this for a living, there are times I forget how much fun it is,” Robinson said “It is cool now to dive into music just for fun and I am getting a whole new appreciation for it. This is the complete opposite of work.

“In the beginning, I told myself, it’s a pandemic. It is a crappy situation for every human all over the world. I could be angry, I could be sad, I could take it personally, but there is nothing I can do to change the fact that we are fighting a pandemic. Music is universal, it talks to everyone and I like making music.”

Robinson said it is also his way to contribute in an positive way to social media — which has gotten away from attracted users in the first place.

“It is cool because I put that one thing out there into the universe and that one thing feeds positive energy for the rest of the day,” he said. “To see people share to other people or see people that maybe I haven’t seen since elementary school and reaching out and making comments — it took the social media back to where it was before it became this scary place of judgment and cancelling.

“Even my father, who is not a social media person at all throws out suggestions. To see him comment cracks me up.”

Robinson said that some of the older requests he has had thrown at him have been his favorite to sing.

“Someone challenged me to sings all songs about going back to school and there was a Chuck Berry song called School Days that was really fun and then all the throwback songs like James Brown — I had forgot those songs were even valid,” he said. “They are fun. This is a tiny thing that I can put out there that seems to be making a big impact. I will keep doing this until I have to go back to work or until there are no songs left.”

While he enjoys singing in his living room, outside deck or his Disney decorated office, Robinson is looking forward to getting back to work — if for nothing else than a return of his income.

“Everything that I have done for income has all revolved around the entertainment. I had multiple streams of income, but all were in the same industry and that industry just said goodbye overnight,” he said. “I was on the Board of Trustees at Viterbo University where I did my undergrad and now we are doing everything virtual. It has been tricky.”

He is also aware that when he does go back to work, the industry may look different than the way he left it — but that actually excites him. 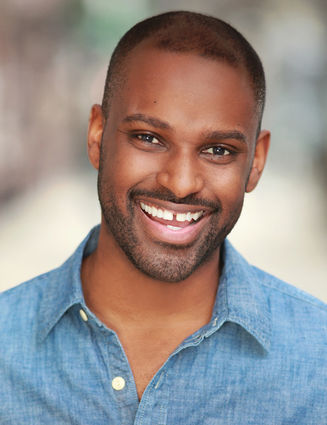 “If we go back in history and we go back and look at storytelling, it always took something drastic like the dark ages or a war or a pandemic to really cause art and literature into a new realm — for new artists to emerge, for new stories to come out, and we have always learned about this from history books,” he said. “Now, we are in a pandemic and the way that we decide to tell stories and the kind of stories that we tell are going to change drastically and we are going to be part of that. For me, as an artist, it is exciting because I get to be what could potentially be a new renaissance of art and creative literature. Not many living people can say they were alive when some kind of huge resurgence of art.”

This is the BEST party of my day, every day. Arbender is a great guy, his whole life is one long exclamation point of joy. I'm honored to know him, and am astounded by his talents. Keep on keeping on!

Arbender has been my friend for 18 years since he was in Hairspray with Harvey Fierstein and he’s always cheerful and full of positivity! It wasn’t mentioned in the article but he has kind of adopted a “weekly theme” format for his song selections! It’s a great way to start your day!