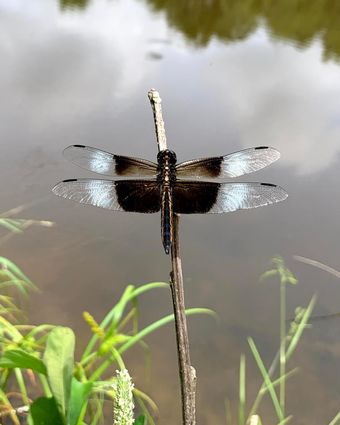 Frankfort resident Jon Flodstrom's s photo of a widow skimmer perched on a branch at Hickory Creek Preserve won June's portion of the Forest Preserve District of Will County's photo contest. The contest continues through Dec. 31. For details, visit ReconnectWithNature.org

A pond teeming with wildlife on a beautiful summer morning proved to be a winning combination for Jon Flodstrom of Frankfort, who won June's portion of the Forest Preserve District of Will County's Preserve the Moment photo contest.

Normally, the pond's dragonflies flit away from him as he tries to take their photos. But on one particular morning a few weeks ago, he timed it just right to get a shot of a "docile" widow skimmer dragonfly perched on a branch near a pond in Hickory Creek Preserve.

Flodstrom, a retired carpenter who specialized in museum work, said he and his wife, Sussana, bike about 20 miles a day on local trails. They often rest at the picturesque pond so they can observe all of the bullfrogs, turtles, snakes and other wildlife that hang around the local watering hole. On the day he took his winning shot, Flodstrom said he thinks he timed it just right, arriving between 9 a.m. and 10 a.m. when the dragonflies were still a bit sleepy.

"They were a little more patient than normal," he said. "So, I was able to grab my iPhone and slowly approach him without him taking off. I have a nice Canon 7D but sometimes it's not the best choice. I was able to get within a foot of him for this picture."

Insects are hard to photograph because they move around quite a bit, so Flodstrom said he was thrilled to get the winning widow skimmer shot, and he said he's happy to live so close to so many beautiful natural areas. He explained that the preserve and pond are a welcome relief during a time when he and his wife are traveling less and sticking closer to home during the COVID-19 pandemic.

Mark Hanna of Romeoville for a striking photo of a state-endangered osprey at Lockport Prairie.

Michelle Wendling of Joliet for a shot of a sea of wild geraniums at Goodenow Grove Nature Preserve.

Michael Daley of Lemont for a photo of a painted turtle doing the twist at Lower Rock Run Preserve.

All of June's photo contest entries are posted on the Forest Preserve District's Flickr page, Flickr.com/WillCoForests. 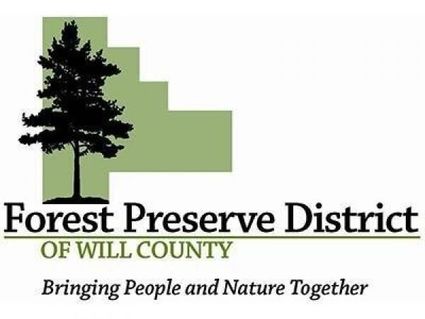 Monthly photo contest winners each receive a $75 gift card. Overall winners chosen in January will receive MasterCard gift cards worth $500 for first place, $250 for second place and $150 for third place. The photo contest is sponsored by The Nature Foundation of Will County, willcountynature.org.

Photos must be taken by amateur photographers age 18 or older, and they must be snapped in a Will County forest preserve after the May 1 contest start date. Please read all photo contest rules and photo upload instructions at ReconnectWithNature.org before entering the contest.