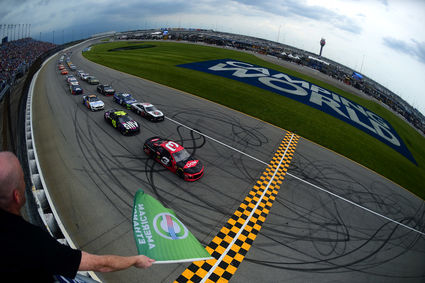 As NASCAR returns to competition on Sunday, May 17 at Darlington Raceway, Chicagoland Speedway's NASCAR Cup Series weekend has officially been canceled as part of the revised NASCAR schedule.

The NASCAR Cup Series weekend was originally scheduled for June 18-21.

NASCAR and Chicagoland have worked closely with public health officials, medical experts and state and federal officials throughout the development of a realigned NASCAR schedule to ensure the safety of competitors, staff, and the local community.

"Due to the current pandemic, NASCAR has faced several difficult decisions, including realigning race dates from several race tracks," NASCAR officials said in a released statement. "These decisions were made following thorough collaboration with local and state government officials from across the country, including the areas of the affected race tracks. We thank all our fans for their support, and we look forward to our return to racing."

"The difficult decision to realign our race events was a combination of where we fell on the schedule, proximity to NASCAR's teams and the safety and well-being of our community and larger NASCAR industry," said Chicagoland President Scott Paddock. "We will miss the roar of the engines at Chicagoland Speedway this season, but we will be rooting for and supporting our NASCAR colleagues at Darlington Raceway as competition returns on Sunday, May 17."

The Coca-Cola 600 at Charlotte Motor Speedway remains in its traditional Memorial Day weekend slot for the 60th consecutive season, running at 5 p.m. Sunday, May 24 on FOX. The series will then stay in Charlotte for a 7 p.m. race on Wednesday, May 27 to air on FS1.

All races will be run without spectators and teams will follow strict health guidelines to deal with COVID-19.

"NASCAR and its teams are eager and excited to return to racing, and have great respect for the responsibility that comes with a return to competition," NASCAR executive vice president and chief racing development officer Steve O'Donnell said in an April 30 release. "NASCAR will return in an environment that will ensure the safety of our competitors, officials and all those in the local community. We thank local, state and federal officials and medical experts, as well as everyone in the industry, for the unprecedented support in our return to racing, and we look forward to joining our passionate fans in watching cars return to the track." 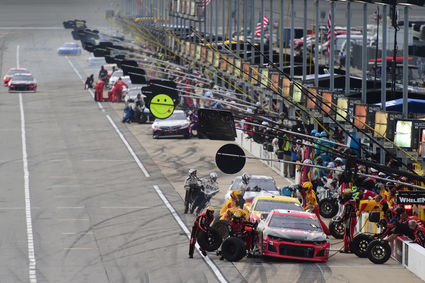 Future race dates are yet to be released.

Ticketholders for the Chicagoland NASCAR Cup Series weekend may elect to receive a credit for the full amount plus an additional 20% of the total amount paid to apply towards future race events, including, but not limited to, grandstand seating, infield, camping, fan hospitality, and pit passes. The 120% event credit can be used in a single transaction during the remainder of the 2020 season and entire 2021 season for a NASCAR sanctioned event at any NASCAR-owned tracks, subject to availability. For additional details or other options, fans can visit chicagolandspeedway.com/assistance.

This story will be updated as more information is available.