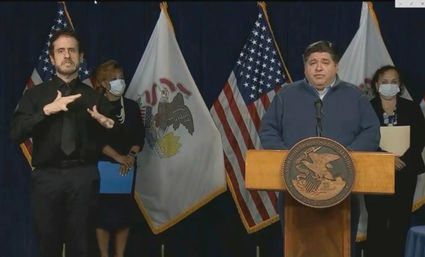 Gov. JB Pritzker announces during a news conference Friday in Chicago that the state's schools will remain closed through the end of the academic year as Illinois continues to address the COVID-19 pandemic

Following the lead of nearby states, Gov. JB Pritzker on Friday announced Illinois' public and private schools will remain shuttered for the rest of the school year.

The announcement came one month after Pritzker first announced a temporary school closure amid the COVID-19 pandemic, and on the same day the state announced 62 more deaths and 1,842 new confirmed cases – the largest single-day spike so far. That brought total deaths to 1,134 and total cases to 27,575.

Pritker said the state's COVID-19 curve is "flattening, not flat," and key metrics to watch are hospitalization rate and how long it takes for the number of cases to double. Both are decreasing, but not at a level that indicates the curve is declining yet, he added.

The state reported 7,574 more people tested in the past day, the second largest daily total thus far. There now have been 130,163 people tested for the virus in Illinois.

As cases have now been confirmed in 92 of Illinois' 102 counties, Pritzker made the call Friday to cancel school, public and private, for the rest of the academic year.

"Folks, I've said time and time again, my decisions are hard ones, but they will follow the science. And the science says our students can't go back to their normal routine," Pritzker said. "... My priority remains unchanged - how do we save the most lives during this very difficult time."

In an average day, Pritzker said, 2 million K-12 students would meet in large groups in hallways, classrooms and extracurricular activities before going home.

That pattern "opens up a nearly limitless opportunity for potential COVID-19 infection in a time when our health care workers, our researchers, our scientists and our first responders need us to bend the curve downward," he added.

Ezike said social distancing is working and needs to continue.

The governor said one of the difficulties in the decision was the fact that students would have fewer instructional hours, and that Illinois is an education landscape in which some districts are better able to enact remote learning than others.

But Illinois administrators and educators are "stepping up to ensure that every child in this state receives the education they deserve," he said, even if the method varies by community.

Guidance offered by the Illinois State Board of Education includes daily check-ins on each student by the teacher and grading reflective of "the unprecedented circumstances in which students are attempting to continue their studies," Pritzker said.

Pritzker also announced another $569 million in federal funding will be available to Illinois schools as part of the recent federal Coronavirus Aid, Relief and Economic Security, or CARES Act. 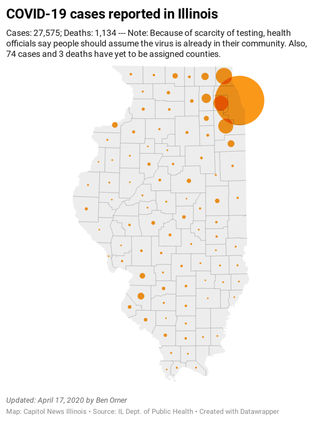 Districts will receive a portion of that funding proportional to how many low-income students they teach. ISBE officials will allocate additional money to communities most in need of resources, the governor said. That funding may be spent on technology for students and teachers and meals to distribute to those youth that need them.

"Our school buildings may be closed, but the hearts and the minds of our teachers and students are wide open," Illinois Superintendent of Schools Dr. Carmen Ayala said. "This pandemic has altered the fabric of how we teach, how we learn and how we connect, but it has not shaken the core of what our schools do, and that is to take care of Illinois' children and prepare them for what is next."

She added state officials do not "expect" students to learn everything they would have this year had in-person classes continued. The agency plans to release guidance to assist schools address "learning loss."