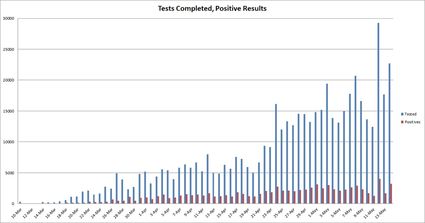 Gov. JB Pritzker on Thursday announced new resources to help the hundreds of thousands of people unemployed in Illinois, unveiling an online portal that will offer job training and connect job seekers with prospective employers.

Get Hired Illinois is a “one-stop shop” for job seekers of all levels and backgrounds to access career training programs, virtual job fairs and opportunities to connect with employers, the governor said.

“It's critical that our state do everything possible to help our residents get back to work, whether returning to positions that they once held or with employers who are seeking to hire,” Pritzker said during his daily COVID-19 briefing from his Chicago home.

The state says Get Hired currently features 60,000 available jobs, and that more than 70 employers have committed to hosting virtual job fairs on the site.

Starting June 1, unemployed Illinoisans will also qualify for free, unlimited access to courses through Coursera, an online platform that offers thousands of courses and hundreds of specializations.

Coursera will focus on training in the information technology field, which is in high demand as workplaces operate remotely during the pandemic. After finishing online programs, participants can continue their studies at a local community college or university. Free access to Coursera will run through the end of the year.

The Illinois Department of Employment Security has processed more than 1,076,000 unemployment claims since March 1, Pritzker said, which is “about six times as many claims as in the equivalent time period of the 2008-2009 Great Recession.”

More than 70,000 new Illinoisans applied for unemployment insurance last week, according to figures from the U.S. Department of Labor. The federal agency also reported that more than 750,000 Illinoisan renewed their unemployment claims last week.

Pritzker also said that more than 50,000 federal pandemic unemployment assistance applications have been filed since Monday, which offer benefits to independent contractors, self-employed individuals and others who do not normally qualify forunemployment.

The Illinois Department of Public Health reported 3,239 new cases of COVID-19 on Thursday among 22,678 tests, for a positive rate of just over 14 percent. More than half a million Illinoisans have been tested, which is about 4 percent of the population, and 87,937 have tested positive.

IDPH also reported 138 new deaths from the virus, bringing the state’s total to 3,928.

“The number of cases that we're identifying is proportional to the number of tests,” IDPH Director Dr. Ngozi Ezike said during Thursday’s virtual briefing. “And we've increased our cases because we've increased the amount of testing we've done, and we hope to keep doing that.”

There were 4,473 people hospitalized with the disease in Illinois as of midnight, including 1,132 in intensive care and 689 on ventilators.

All four regions outlined by the governor’s Restore Illinois reopening plan are on track to move into the next phase of reopening on May 29, according to IDPH data, including a case positivity rate for each region of less than the 20 percent maximum.

“Every region is so far meeting all the metrics,” Pritzker said.

Phase 3, titled “Recovery,” allows offices, retail shops, barbershops and salons to reopen to the public with safety precautions and limited capacity. Mandatory face coverings and social distancing will still remain, as well as the 10-person limit to social gatherings.

Pritzker said that even if one county in a region does not meet IDPH’s metrics for moving into the next phase, then that county would still be allowed if the region as a whole meets the metrics.

“There will be some areas that will be a bigger hotspot than another area within a region. But we didn't want to hold back a region because there's one hotspot,” Pritzker said.

Illinois Senate Minority Leader Bill Brady, a Republican from Bloomington, sent a letter on Thursday to his Democratic counterpart requesting public hearings in which employees of the governor’s office would field questions from lawmakers on how they developed the Restore Illinois plan and what revisions they might accept.

“While our constituents are doing their part to contain the spread of this deadly disease, they are also concerned with the economic toll this plan will have on their businesses and communities,” read, in part, the letter that Brady sent to Senate President Don Harmon, an Oak Park Democrat.

Pritzker said that he speaks with Brady and other Republicans frequently, and that Brady’s request for a public hearing is “grandstanding.”

“My staff has answered questions that his members have had. We've responded by giving data and information whenever asked, so I'm not sure what he's missing out on,” the governor said. “It sounds like grandstanding to me.” 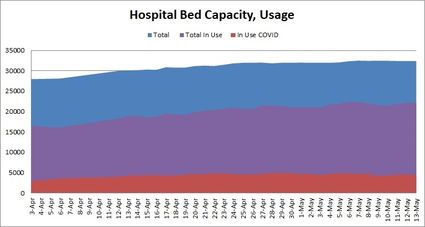 The Illinois General Assembly will convene next week for the first time in more than two months when the Senate meets in the Capitol and the House of Representative meets in the Bank of Springfield Center in the city’s downtown arena.

Pritzker is currently isolating in his home after a senior staffer tested positive for COVID-19 last week. He said he wants to return to Springfield by mid-to-late next week, but that depends on the opinion of medical experts.

The governor said he would take the same general precautions he is currently taking when down in Springfield. He added that he plans to spend time in his Capitol office and sleep overnight in the executive mansion.