The show must go on: Local comics take fundraiser digital 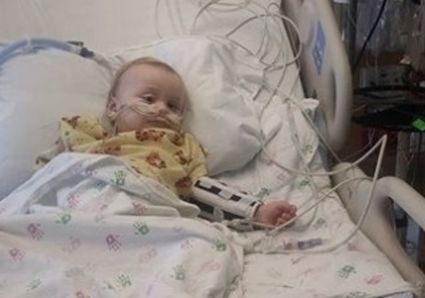 Saturday night, Chicago Street Bar and Grill in Joliet was supposed to be packed with laughter spilling out of the bar and money pouring in for the family of Owen Buell.

The two-year-old from Joliet is fighting neuroblastoma and a quartet of Chicagoland comics had planned to kick off their "Smiles for Miles" tour by helping to raise money for Owen's fight.

The event, however, is postponed because of the COVID-19 pandemic, but the comedians are taking the show digital to keep raising money.

Just because the world is fighting coronavirus, Owen is still fighting another battle on top of that, in fact, he will be having an chemotherapy treatment on the night of the event.

"We are very excited about it. We are a little disappointed that the show can't happen as we had originally planned, but we are still going to get to do something for them," said comedian Brooks Sullivan. "Standup is really, really awkward with no crowd. We can do our material, but we don't know when a laugh break is, should we keep going on a joke, do you pause – it just feels that you are bombing the entire time. So, we are going to do something a little more interactive and do a big happy hour-style party and the four comedians will moderate it. We will play a whole bunch of interactive games, you can join the party at any time. We just want to connect with people and make them feel involved and entertained."

DeeDee came up with a concept to film a documentary following the four comics as the travel America's most famous road and along the way making people laugh and help families in need.

"I came up with a concept about a year and a half ago and I have worked on projects like this with music when I worked at XM Radio and I enjoy using my creative talents to give back, so when I started doing stand-up, I started to think about how I could use my comedy to help other people," DeeDee said. "I had the idea to do Route 66 and hit the smaller markets and doing comedy for them and making people laugh and finding a family that is in need of help.

"We will reschedule, but we wanted to still have something on the day that we were set to have the show and still make that special. We are excited." 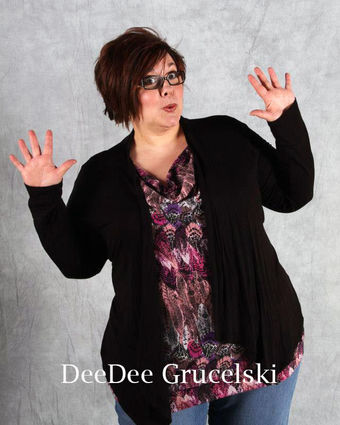 The 21-and-over event will be live via Zoom April 18 at 8 p.m. and those wising to attend can go to the Facebook page Zoom for Owen for details on how to get involved. To donate to Owen's fight, do so at https://www.gofundme.com/f/help-for-baby-owen-and-his-family, but there is no admission for the Zoom event and there are only 100 spots open on the stream, however, the comics expect to be coming in and out throughout the show, but there is an advantage to getting in early.

"We will have a game that we will tell people about the second the show starts that will be a long running game that is designed just to mess with people that join the show late," Sullivan said. "We would love to have it completely blocked out where we have to say, sorry, we are full."