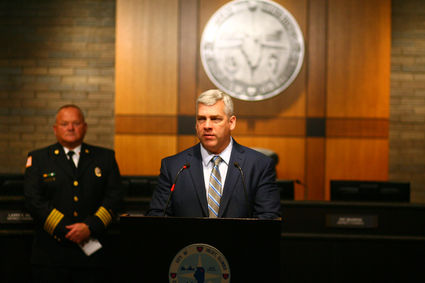 Following an extension of the shelter in place order by Gov. J.B. Pritzker until April 30, Joliet Mayor Bob O'Dekirk held a briefing in which he assured residents that, "The city of Joliet is not going to shut down."

On April 2, O'Dekirk issued his second declaration of Local State of Emergency.

The declaration gives the city new measures to handle local meetings, such as cancellation of non-essential committees, the moving of the pre-council meeting to the same day as the regular meeting and offers digital solutions to the council meeting on April 7.

During that meeting, council members will be able to video conference in, as well as remote options for public comment.

One of the items O'Dekirk expects to be discussed was city finances as well as possible ways Joliet can help residents at this time.

The Village of Romeoville recently agreed on a $600,000 package that will give every resident $50 off their water bill.

"We have suspended late payments on water bills, there is no fee for paying over the phone, as far as giving back, that is a council decision that we will probably have on Tuesday," O'Dekirk said. "In speaking with some council people there are some murmurs that taxes were raised a few months ago and should that be readdressed and we are also going to have a discussion about the city finances because revenues are really drying up and that is not only a Joliet issue."

O'Dekirk also addressed the stress on the local hospitals and the plans for alleviating that stress if need be.

The surge in patients rose last week with several positive cases and ultimately one death so far coming from Stateville Correctional Facility in Crest Hill.

Those numbers will go down, as the National Guard is on scene at Stateville setting up a MASH unit inside the prison to handle COVID-19 prisoners.

While O'Dekirk was uncertain if the prisoners currently being treated at local hospitals would be transferred back to the MASH unit, he did say all new patients would be treated on site.

O'Dekirk also did say Joliet is ready to expand healthcare if the spread of COVID-19 increases and hospitals reach capacity.

"A lot of people see what is happening in Chicago with McCormick Place and the off-site hospital," O'Dekirk said. "We have actively talked with several different sites within the city of Joliet. Brad Staab and the Joliet Park District have offered up their facilities if needed, Scott Paddock and Chicagoland Speedway has offered their facilities if needed and our city staff has reached out to the owners of the Kmart on Jefferson and Larkin, they are in New York and they have also offered their facility."

The decision to open an alternate care facility like the 3,000-bed unit in Chicago is not made by the city, rather the hospitals with permissions needed from the state and federal level – however, O'Dekirk said the city wanted to be proactive.

"It is not our call, but if we get the call for help from the local hospitals or the Will County Health Department, the city of Joliet will answer that call," he said. 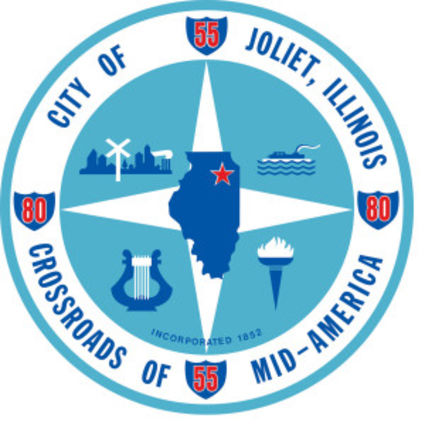 In hopes to keep those numbers from getting to the point where those alternate care facilities are needed, Joliet officials are urging residents to fight the cabin fever and stay indoors despite the break in the weather.

Joliet Police Chief Al Roechner said the department will break up groups if called – yet, so far residents have been understanding.

"We have received some of those calls and we have sent officers and are trying to educate the public and make them realize if they stay inside, it will be a lot quicker until they can get out and enjoy the weather," Roechner said. "This morning, there were a lot more cars on the road. Please stay home if you don't need to be out so we can get through this.

Everyone has complied and I want to thank the public for that. I get the cabin fever, but what is really at stake here is everyone's safety."