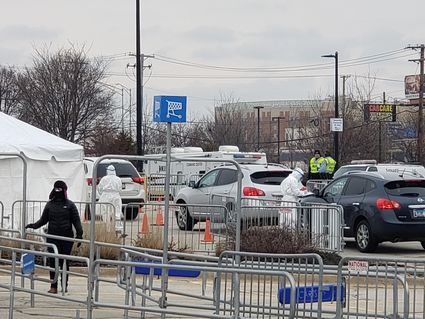 Just after it opened this morning at 10 a.m., a day after Illinois Governor J.B. Pritzker issued an Executive Order requiring all residents to stay in their homes to prevent the further spread of COVID-19, the Walmart on Jefferson Street had a line of cars driven by healthcare professionals and first responders waiting to be tested for the virus¬

Joliet Mayor Bob O’Dekirk released information last week at his press conference that Walmart had approached the city and offered use of the space to get those on the front lines tested.

This stems from a March 13, announcement from the White House of a first-of-its-kind, public-private partnership with several retailers to host mobile testing in their parking lots to test first responders and healthcare professionals for COVID-19. The U.S. Department of Health and Human Services (HHS) selected the locations.

In Illinois, the Walmart in Joliet is one of only two such locations, the other being at a Walmart in North Lake. 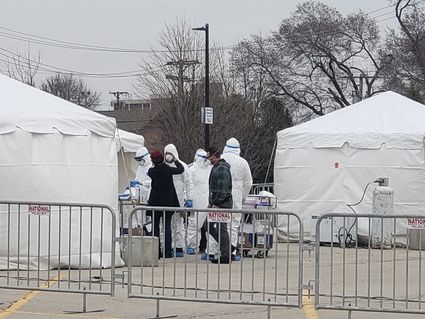 A statement released by the Joliet Police department indicates that per HHS, the facility will only be testing first responders and healthcare professionals.

The mobile facility will operate daily from 10 a.m. until 4 p.m. and can test a maximum of approximately 70 cars per day.

According to the statement, the facilities will not take walk-ups and patients do not need to exit their cars.

The Joliet Police Department will be on-site to control traffic, and the Walmart store will remain open for shoppers.

They should do this for Amazon warehouse employees since there are more than 1000 employees working and every department touching the same product, and loaded on the truck within a few hours