IHSA releases statement on action because of coronavirus 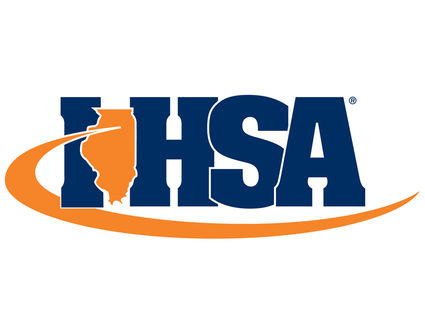 The Illinois High School Association (IHSA) announced on March 12, 2020 that it will significantly limit attendance at the remaining games in the 2020 IHSA Boys Basketball State Series, as well as at other IHSA events, to preemptively reduce the potential spread of COVID-19.

The decision comes after consultation with the Illinois Department of Public Health and the Peoria City/County Health Department, the latter of whom made the recommendation that no more than 60 spectators per school be allowed in the arena for each contest at this weekend's Class 1A and Class 2A Boys Basketball State Finals. The IHSA currently plans to invoke the 60-spectator per school limitation across all remaining basketball games this season. Competing schools will be provided a protocol for determining who receives tickets.

"This was a difficult decision shaped by thoughtful deliberation set against a truly unprecedented backdrop," said IHSA Executive Director Craig Anderson. "IHSA Basketball is America's Original March Madness, and we recognize that this tournament is a once-in-a-lifetime experience for the competing teams, communities and fans. Ultimately though, we have to put the health and safety of the students, along with the general public, ahead of the spectacle of the event. This is and remains a fluid situation. It is important that our member schools and fans understand that events outside any of our control could lead to further changes over the coming hours and days."

Games impacted by this change include the 2020 IHSA Class 1A/2A Boys Basketball State Finals on March 13-14, as well as the remaining contests at the Class 3A and Class 4A Sectional, Super-Sectional, and State Final levels. IHSA State Series' in Debate, Drama & Group Interpretation, and Scholastic Bowl will also operate under a similar premise, with those events being limited to competing students, coaches and essential meet personnel.

Full refunds will be available for any tickets already purchased for the remaining contests. Fans should consult the agency they purchased their tickets from to receive their refund.

The Class 1A & 2 Boys Basketball State Finals will be televised and streamed (click here for viewing info).

A schedule of all remaining IHSA State Series winter events is listed below.

-Class 3A Sectional Semifinal on March 12.

The following ancillary events at the Class 1A/2A Boys Basketball State Finals have also been impacted:

-Thursday's team shootarounds at Carver Arena will not be open to the public.

-The Class 1A & 2A Country Financial Three-Point Showdown has been postponed.

-The March Madness Experience in the adjacent Peoria Civic Center exhibit halls will not open this weekend.

-The state basketball welcome dinners have been canceled.

-Access the Experience will not be held on March 17.

-The Wheelchair Basketball State Tournament on March 20 and 21 has been canceled.

-The Learning From the Legends Clinic on March 21 has been canceled.

-The Student Section Showdown winner announcement has been postponed.

-All-State Team and IESA champion recognition will not occur.