Will County a target for 'We Count 2020' campaign 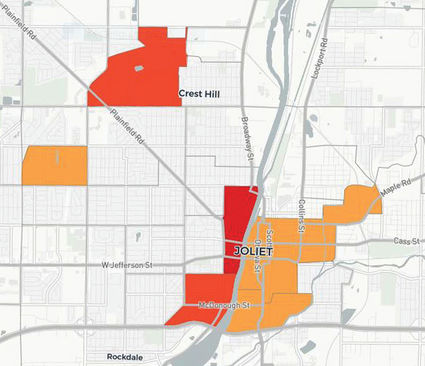 In the next few weeks, households across the United States, in Washington D.C and in the five U.S. territories will begin to receive official Census Bureau mail with detailed information on how to respond to the 2020 Census.

This mailing will offer three ways to respond and be counted by phone, by mail or this year for the first time, online.

The census is a count of all people mandated by the Constitution of the United States and is conducted by the U.S. Census Bureau - a nonpartisan government agency.

The census, which happens every 10 years, is the driving force behind the allocation of hundreds of billions of federal funds in areas such as education, first responders and infrastructure.

These individuals, labeled as hard to count, are the focus of organizations across all 50 states and Will County is no different.

Locally, the task of informing the community of the importance of the census and helping everyone get counted has been taken up by the Spanish Community Center in Joliet.

Veronica Gloria, the executive director of the Spanish Center, applied for, and was awarded grant funding that was available from the state of Illinois in early 2019.

"Seeing that the Spanish Community Center is right at the epicenter of the hard to count areas, it seems like our responsibility to take on this project. It affects programs that we provide at the center – we have classes, a day care and a food pantry," said Verenise Alvarez, Campaign Director for We Count 2020. "We felt it was our civic duty to unite the community for a single cause. What is refreshing is to see people walks of life, all organizations, different points of view – all coming into the same room for a common cause which is the census. Seeing how we can all work together to motivate our community has been a really great experience."

Several areas, or tracts as they are designated, in Will County feature hard to count populations – with the Spanish Center focusing its attention on those in Joliet and Crest Hill.

"In those hard to count tracts, around 25 percent of the people did not respond (in 2010) and it is predicted that may happen again this year and that is why we are focusing on those areas," Alvarez said. "We do community information workshops; we do events to share information and we have been building partnerships with other organizations and local government so that they share this information to their clients or constituents to get the word out."

"If we don't get counted this year, not only will we lose about $220 million a year for the next 10 years in Will County, but also there are two Illinois Congressional seats that are on the line. In the last census, we lost one seat and this year it could be up to two. That is something that worries people and it impacts our community at a large scale."

Many factors that go into why people are not counted – one of the large ones locally is fear.

"The immigrant population is worried that their information may be shared with ICE (U.S. Immigrations and Customs Enforcement Agency). That information is protected under Title 13 Law and is private," Alvarez said. "This year, there will not be a citizenship question on the form and hopefully that encourages more people to participate and be counted."

Another reason people are not counted is lack of information.

"One of the largest groups is children ages 0-5 because 10 years ago about one million children were left uncounted because the parents just left them off the census form," Alvarez said. "People think that because they are young, they don't count, but they do. That is how we get money for daycare centers and early head start programs and the redistricting of schools that accounts for overpopulation of schools."

Another reason is as simple as where someone lives.

"Homeless, migrant and transitory workers, college students, people living in group quarter living – in nursing homes or assisted living facilities are all factors," Alvarez said. "Some people are afraid to report because they have more people living in a house than the landlord may allow. But again, we emphasize that the information is confidential."

While the informational side of the campaign is ongoing, it is almost time to be counted and We Count 2020 and the Spanish Community Center will assist residents with that step as well.

"One of the biggest projects that is happening very soon is the set-up of mobile kiosks where people can stop by and complete their census form. We will have trained volunteer staff there that can assist. We are hoping to set up in the libraries and some local churches and, obviously, the Spanish Community Center will be one of the locations. We are still looking to partner with other locations," Alvarez said. "We are hoping this will be a way to help people self-respond online. This is the first year you can do it online, so this is new for all of us and we are trying to see what is the best strategy and how to build partnerships in the hard to count areas so those people without a computer or internet access can come and do it there."

The work being done by the Spanish Community Center to get everyone counted will be ongoing throughout the year and throughout the process of the census and while it started out as local, the efforts of the group has evolved. 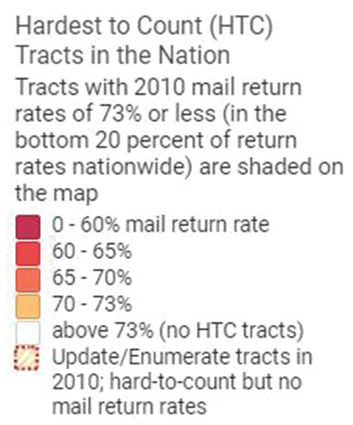 "Our focus was only in the Joliet and Crest Hill area, but it has become an entire Will County campaign. We are bringing all types of elected officials, faith-based leaders, and community partners from all of Will County together - they are all on board to support the We Count 2020 campaign. I'm very grateful for all of the community support - we are the largest complete count committee in the area!" Alvarez said. "It directly impacts the community. If your child is getting a free school lunch, that money comes from census data. For city planning, for roads and infrastructure, police and fire departments – that money comes from census data. This directly shapes our communities for the next 10 years."