Bolingrook rallies past Lake Park, places third in Class 4A 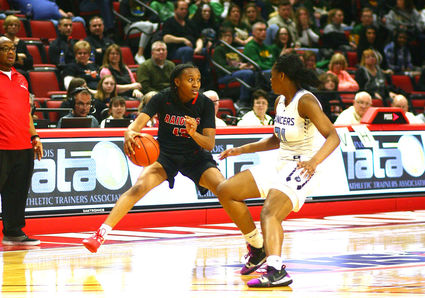 After falling in the IHSA Class 4A state semifinal March 6, Bolingbrook needed a half of basketball to shake off the disappointment and rally from behind for a 63-57 win over Lake Park to claim the program's eighth trophy and first third-place finish.

The Raiders had not been to state since winning its third-straight championship in 2011.

"Our goal was not only to get down here, but to compete for a state championship and when that didn't happen, it took a while for that to get out of our system," Bolingbrook coach Chris Smith said. "We had to find that energy within to decide they were going to come out and make a difference.

"When the young ladies made up their minds that they were not going to lose this game and I think you saw a much better effort from the five people that we had on the court – especially on the defensive end."

"Her energy really starts on the defensive end of the floor," Smith said. "She doesn't need to get the steal – she can get a deflection, force someone to make a bad pass, and that is what leads to opportunities on the other end of the floor

"That is what pumps the blood through the team and fires everyone up and that energy is contagious to the team."

With LSU commit Treasure Thompson playing only 17 minutes, Middleton knew she had to step up.

"Coach Chris has always taught us that energy is contagious and I always want to bring energy to the team and make a difference," she said.

That energy transferred to the offensive half for Middleton as she tied for a team-best 14 points.

Equaling the 14 points for Bolingbrook was junior De'Ahna Richardson, who averaged only five points per game on the season.

"She is quiet from the standpoint that she spends a lot of time doing the little things that the stat sheet doesn't tell you about. She has a great basketball IQ," Smith said of Richardson. "She understands our plays and our system. She is in the right spot and makes sure other people are in the right spot.

"Understanding that we have some seniors that are very talented and that this is their last ride and this is very special to them and just playing her role and waited her turn and that is what makes her such a special kid." 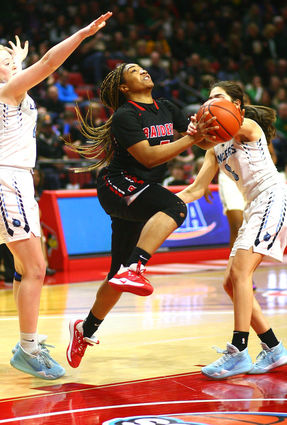 Richardson understands the importance of having one of her biggest games of the season on the biggest stage.

"The biggest thing was the girls found the resolve themselves and that was not how they were going to end their senior season," Smith said. "Only eight teams get to walk out and say that they won their last game and we are one of the eight."