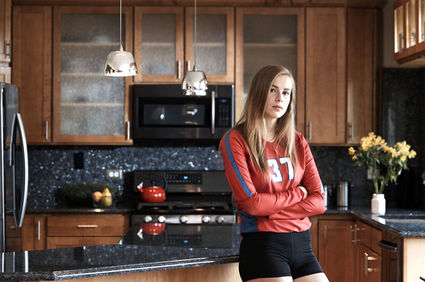 On May 16, like hundreds of other Plainfield Central students, 18-year-old Taylor Babec will walk across the stage and get her diploma. However, unlike her classmates she will be celebrating more than finishing four years of high school.

For Taylor, May 16 marks the 10-year anniversary of her final treatment for non-Hodgkin's Lymphoma, which she was diagnosed with at five-years-old and battled for more than three years.

As a part of that battle, Taylor received 22 blood transfusions to help her body recover from the devastating effects of chemotherapy and since then, her and her mother, Jennifer, have been giving back.

"She started to get transfusions in the middle of her treatment and I saw the (company name) on the bag and I knew I needed to give back," Jennifer said. "I carried my daughter in lifeless and this was the only thing that could save her. In July in 2008, my idea was to give back the 22 transfusions that my daughter used and now we have helped more than 7,000 people.

"I started when she was five and we have done 65 blood drives and we have spoken at the centers. I tell the people 'thank you,' because they saved her life."

For Taylor, the blood drives are a way to give back.

"I always want to encourage people to go and if they have a face in the community that people know, maybe they will come out. I try and connect to the community. It is fun to hear people's stories and why they come out and it is really interesting," she said. "I like to show people that cancer is not me. It is not going to stop me from living my life. It is not a hurdle that is in my way and it is not keeping me back and holding me back from what I love."

After graduation, Taylor will head to Illinois Wesleyan University in Bloomington where she will play volleyball for the Titans.

She plans to study nursing, however, she is still figuring out her exact plan.

While she may be leaving the Plainfield area soon, while she is here, Taylor continues to make an impact.

Her and Jennifer recently helped orchestrate a blood drive with Versiti Blood Center of Illinois, formerly Heartland Blood Center, the same company that provided Taylor with the blood for her transfusions a decade ago.

The drive at the Rialto will help more than 50 people in need of blood.

"People in Joliet have grown up seeing Taylor's face," said Katie Freeman, Manager, Integrated Marketing for Versiti. "She was on our mobile coaches driving through to town and to see her grow up and still be involved – people come out and they know who Jennifer and Taylor are."

Freeman has been with both Taylor and Jennifer since her first transfusion. 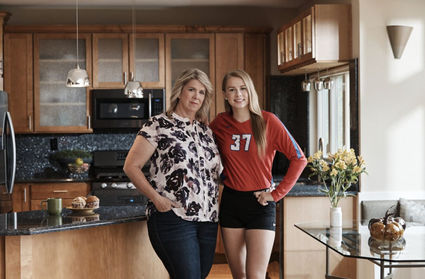 "When I first met Taylor, she was a little thing that barely had any hair. Now she is going off to college to play volleyball," Freeman said. "To date, we have collected 2,200 donations from blood drives that they have set up. Imagine all the patients in the area that have been affected because they have taken their time and helped get donors. Taylor comes out and speaks at events for us and targets the younger audience, because we need those younger donors."

With all the people she has helped over the last 10 years, Taylor will have a lot more to be proud of on May 16 than just her GPA, volleyball stats and a diploma – and she plans to celebrate.

"I will be celebrating two accomplishments on the same day, so that will be great," she said. "I will spend time with my family, go out and probably have some cake."