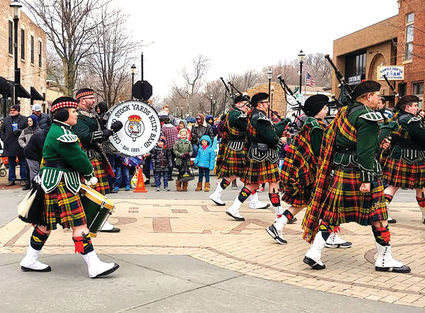 For the 18th-straight year, downtown Plainfield will be covered in emerald green spectators as the village hosts its annual Irish Parade.

This year’s events will step off at 1 p.m. on Sunday, March 15 at Plainfield Central High School – the same place the parade will finish when it is completed.

“Weather permitting, we will have bounce houses and face painters and that is free,” said event committeeman Bill Markley. “We will have bagpipers and Shriners and that is where the money goes that we get from our sponsors. We don’t make a dollar on this – everything we raise goes back into the event.

“There is a small town feel of Plainfield and this isn’t like going to the South Side. This is a family show and is for the kids and the adults.”

The parade will feature many of the acts that grabbed the attention of the attendees last year like the bagpipes, Shriners and BMX stunt riders.

There will be some new acts as well for the community to enjoy.

Two things the parade always features are the Parade Princess and Grand Marshall.

She has danced with Weber Irish Dance for eight years and has recently learned and performed Riverdance.

The parade Grand Marshal this year will be Bill Habiger.

Habiger grew up on a farm in rural Kansas, worked for Caterpillar for 26 years and retired in 1993.

Even before his retirement, the now 78-year-old, began investing in Plainfield real estate in 1980.

In 1999 when he teamed up with local developer Carl Bryant to rebuild the structure on the southeast corner of Des Plaines and Lockport streets, now anchored by Hopscotch & Vine Restaurant.

In 2004, Habiger built four apartment buildings on the north side of Lockport Street west of the DuPage River, creating 56 new dwellings in the village core that he owned for the next dozen years or so before selling them. 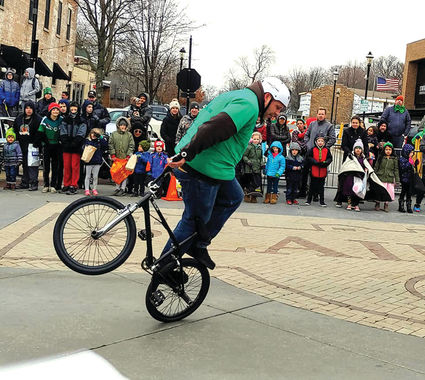 Six years later he bought the Opera House Block building on the southwest corner of Illinois and Lockport streets at a sheriff’s sale and four years later Habiger renovated the exterior of the building, which was built in 1898 and is known to many villagers as the Clock Tower, putting an addition on the second floor area to the rear.

By late 2016, the interior had been completed as well, and Opera House Steak & Seafood opened its doors that fall. The lower level of the structure is home to the cocktail bar Blu and a game room that stretches south along Illinois Street.

Habiger, who serves on the Joliet Historic Preservation Commission, is pleased with the way Plainfield’s commercial district has been transformed in recent years, crediting the streetscape overhaul done on Lockport Street a decade ago with drawing some of the newer businesses that flank the roadway.

He will now lead the parade down Lockport Street, which he played a major role in developing.