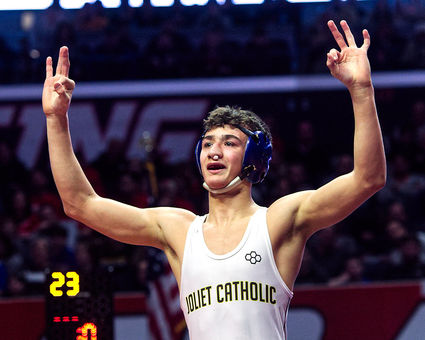 Hamiti Jr., had experience on his side with celebrations after winning two state championships in his first two seasons donning a JCA uniform.

So when Hamiti defeated Lemont's Grant LaDuke 3-2 in the Class 2A 152-pound final for his third consecutive state title at the State Farm Center, he promptly did a double bow salute to the crowd.

"I just tried to look as good as I can," Hamiti said of his post-match bow. "The kids on my team said I should bow, so I said I would bow for t...