Bolingbrook rallies late, punches its ticket to state finals with win over Young 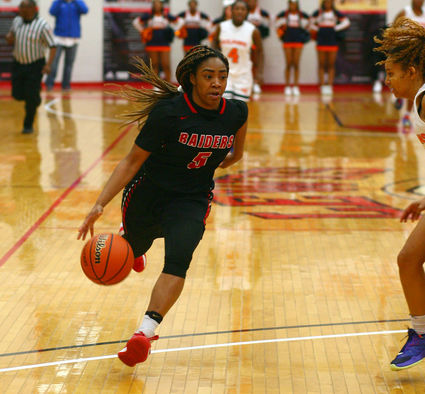 With just shy of five minutes to play in the IHSA Class 4A Lewis University Super-Sectional, Bolingbrook found itself chasing a near double-digit deficit in a game it had trailed almost the entire way.

There were not quit in the Raiders.

Tremendous defense from Danyel Middleton down the stretch, three clutch free throws from Kennedi Perkins and an absolutely dominating performance from Treasure Thompson led a 71-68 win over Whitney Young and the Raiders' first trip downstate since winning the third of three consecutive championships in 2011.

"This means everything. This is a big accomplishment. I tried really hard to help my team out today and we got the win," Thompson said fighting back tears of joy after the game. "Last game, I let my team down getting quick fouls, but this game, I tried to be smart for them and I tried hard."

What Thompson did in the Super-Sectional was nothing shy of dominant, leading all scorers with 29 points, while grabbing 17 rebounds.

"Once we made the adjustment and found a way to get [Treasure] the ball and take advantage of her on the inside. We knew Whitney Young's backcourt was really good and we had to make up the difference up front," said Bolingbrook coach Chris Smith.

The Dolphin backcourt of Timia Ware (25 points) and Kayla Green (23 points) combined to account for 48 of Whitney Young's 68 points.

Perkins tallied 17 points on the night, while grabbing five steals.

Middleton, scored only eight points on the night, hit a crucial three-pointer down the stretch, but focused her energy on the defensive end, earning four steals.

"I know if my offense isn't working, the defense always works," Middleton said. "They have tough guards, but I knew they were going to get tired."

"The way she can get in passing lanes and create turnovers, she is a catalyst on the defensive end of the floor," Smith added.

Bolingbrook will face Lincoln-Way West in the state semifinal Friday night at Redbird Arena on the campus of Illinois State University in Normal.

The two teams faced each other in mid-December with the Warriors beating Bolingbrook 62-52. It was only seven games into the season with Thomson coming back from a torn ACL at the end of last year. 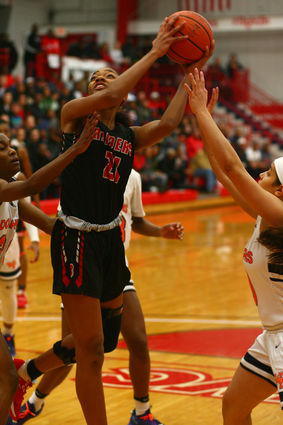 "It will be good to see them again. People we doubting us during the course of the year and we had seven losses, but when we come together, I will take my group against any in the state. When we come together, we are a dangerous group," Smith said. "The way we dug in, this is a night to remember, but you couldn't expect anything less than this from a Bolingbrook/Whitney Young matchup."

Two seasons ago, Bolingbrook fell to Montini Catholic in the Super-Sectional and then the Raiders were derailed a year ago because of injury.

"There was a major setback for a big comeback – look where we are now," Middleton said.

Now that they are back in the finals, Bolingbrook looks to win its fifth state championship and first in nine years.

"We are the best team in the state," Thompson said. "We are going to win this whole thing."