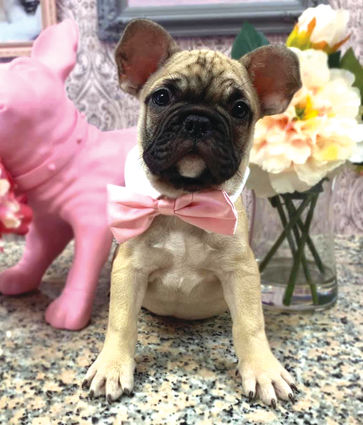 Three men have been caught on camera stealing a French bulldog puppy at the Furry Babies Joliet pet store in the Louis Joliet Mall.

“I wasn’t here at the time, but after reviewing the video they all definitely looked really suspicious,” said a manger who did not want to be identified.

Out of the three men who were together, the one who actually stole the puppy was identified as wearing a big green winter coat.

The other two suspects were in a white shirt and a black shirt, and the manager said they look to be around in their upper 20s or lower 30s.

Surveillance video was posted on the pet’s Facebook page that showed one of the men reaching into the puppy’s crib, then putting the animal inside of a bag before calmly walking out of the store.

The Manager said they were in the store for around five minutes looking around seeing when the best time to steal the dog was, and when the other associates were distracted is when they reached in and stole the puppy.

The French bulldog is a boy, 11 weeks old but he did not have a name chosen for him. 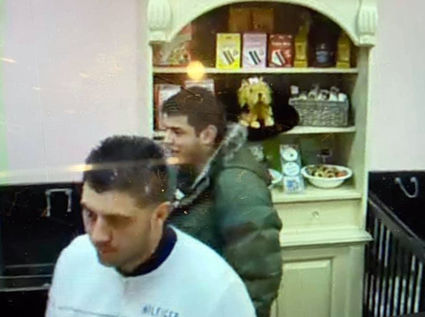 “These people planned on doing it,” the manager said. “They were actually at one of our other locations earlier in the day, so I just think they were looking at the most opportune time to steal a dog.”

When asked what the Manager would say to the three thieves if they were all listening, a message to please not harm the dog was mentioned.

“We just want to make sure he is ok,” the Manager said. “We just want him to be back in our care and safe, that’s all we are worried about.”

On the Furry Babies Facebook page, they ask that if someone has any information or recognize anyone in this video to call the Joliet Police Department, or contact Furry Babies at (815)-577-9800.

They also mentioned that they will be offering an award for the safe return of the french bulldog.