Red Stars' Ertz up for BBC 'Footballer of the Year' 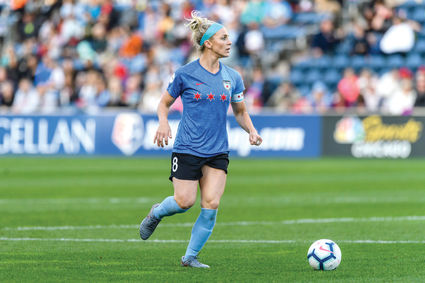 Julie Ertz is up for BBC 'Football of the Year.

The shortlist for the British Broadcasting Corporation (BBC) Women's Footballer of the Year award was announced, with Chicago Red Stars captain Julie Ertz among the five nominees.

Ertz was a focal point for both the Red Stars and the United States Women's National Team.

The U.S. WNT went on a 23-game unbeaten streak in 2019 with Ertz earning 22 starts during that run. She made five starts in six matches during the FIFA World Cup, scoring her first career tournament goal against Chile in the second group stage match. Ertz became a two-time World Cup champion by defeating the Netherlands 2-0 in the final.

Ertz's outstanding play would earn her a number of international accolades. At September's FIFA Awards she was part of the first-ever FIFPro World XI, cementing her as one of the best 11 players in the world.

Two months later, Ertz was named U.S. Soccer's Player of the Year for the second time in her career.

She continued her world-class play for the Chicago Red Stars, making 16 appearances for Chicago in the 2019 National Women's Soccer League (NWSL) season.

She commandeered the defense to a franchise-record five consecutive wins to finish the regular season as the defense conceded only two goals in five matches.

Ertz would captain Chicago in the NWSL Semifinal against Portland, helping the defense shutout the Thorns offense en route to Chicago's first-ever NWSL Championship with a 1-0 victory.