Notre Dame held off by Benet defense, looking to learn and move into playoffs a stronger team 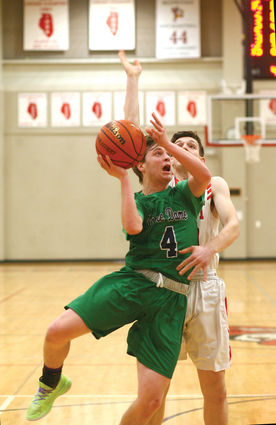 Class 3A No. 1 Notre Dame fell to Benet Academy Friday night in Lisle.

For the Benet Academy boys basketball game, Valentine's Day was all about winning.

Prior to player introductions, Redwing coach Gene Heidkamp was honored for reaching his 300th career win at the school. He then led Benet to a 45-43 East Suburban Catholic Conference win over Notre Dame, top-ranked Class 3A team in the state.

"We needed a big win," Heidkamp said. "We have played a very tough schedule and come up short against some very good teams. Notre Dame is an outstanding team and to be able to hold on and beat them is a good win. I thought our defense was really good. You know they are going to keep coming back – which they did."

On that final shot, junior two-sport standout Anthony Sayles came up short on a three-point attempt as the horn sounded.

The win was the 20th of the season for the Redwings, the 11th consecutive season Benet has hit that standard.

"To get it in a game like this is meaningful," Heidkamp said.

Almost from the tip, Benet played its style of tough defense and precise offense to score, as well as prevent the Dons from getting into a rhythm of their own.

"Credit to Benet, I thought they controlled the tempo and the game and for us, hopefully, it is a learning experience in regards to execution on offense," said Notre Dame coach Kevin Clancy. "I don't think we did a good job screening on offense and therefore, we took a lot of tough, contested shots. When you play a team like Benet, every possession is critical. It limits touches and possessions for our offense and that can be a little frustrating for our guys and Benet also did a good job taking away any transition stuff for us."

Notre Dame (35-4, 7-1) was paced by Troy D'Amico and Anthony Sayles, who scored 12 points each. Sayles tallied 10 in the first half, while all but three of D'Amico's points came after intermission.

Both teams have a few regular season games before heading into the postseason. 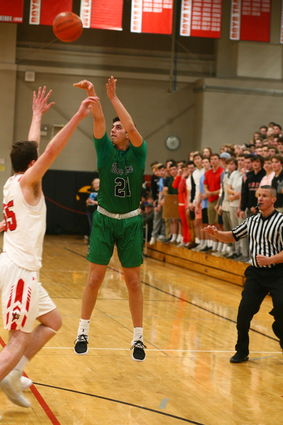 "We always knew we could compete with anyone, but this is a big confidence booster as we finish the regular season and head to the playoffs," Van Eekeren said.

Notre Dame can still at least share the ESCC title, which is not what it was hoping for, but a deep run into the 3A playoffs and a chance at a state title is what would make that all OK.

"We had goals as a team to go 9-0 and win conference and that hurts a little bit. We still have an opportunity to tie with Marian Catholic," Clancy said. "We will have some games in the state tournament where every possession matters and hopefully it is a learning game for us. Our guys are hurt, but when we sit down and reflect on this, we will take some positive takeaways as well as some critical ones."