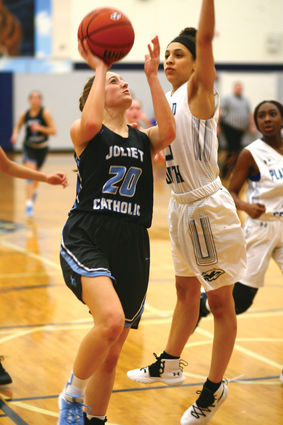 Known for her deadly three-point shooting accuracy, she will always be remembered as one of the all-time great Angels.

On Thursday night, in the Angels' IHSA Class 2A Chicago Christian Regional championship game versus Chicago's Butler Prep (21-9), Bertino scored 14 consecutive points between the end of the third quarter and the beginning of the fourth quarter.

Her long-range bombardment paced the Angels past the Lynx, 45-39, for the title.

After Butler Prep grabbed a 26-21 lead at the half Bertino (16 points, four 3's, three rebounds, two steals), who had just two points at the break, took over.

With 6:04 remaining in the third quarter, Bertino's first three-point bomb pulled the Angels within 26-24.

Bertino tied the game at 26 with an inside hoop and then tie the game at 29 with her second three-point bomb.

The Angels trailed 31-29 at the end of three quarters.

After Butler regained the lead at 33-32, Bertino's three-point bomb No. 4 gave the Angels a 35-33 lead with six minutes remaining and gave her 14 straight JCA points.

Emotionally charged with the regional championship in their sights, the Angel defense totally suffocated the physically larger Lynx.

"Wow. It's a surreal moment for me from going 0-27 as a freshman to now as a senior winning a Class 2A regional championship," Bertino said. "Unbelievable. Just like the other night here, in the beginning I was long on my three-point shots. In the second half I concentrated on the front of the rim and they all went in. We all are really confident that we can go to the sectional next week and win. We are confident that we can go a long-way in this tournament."

With Brown on the bench with two fouls and the Angel offense in disarray, 5-foot-8 junior Emma Jay (seven points, four rebounds) saved the day in the first half.

Jay scored five of the seven Angel first-quarter points as Butler led 13-7 after one quarter.

Off the bench, 5-foot-6 Charlie Kinsella grabbed three rebounds, added a steal and an assist to keep the Angels close.

"We really played well tonight," Jay said. "We shared the ball, rebounded and played excellent defense in the second half. We are looking forward to playing in the sectionals on Tuesday night."

Brown returned and exploded for eight second-quarter points to pull the Angels within five at the half 26-21. 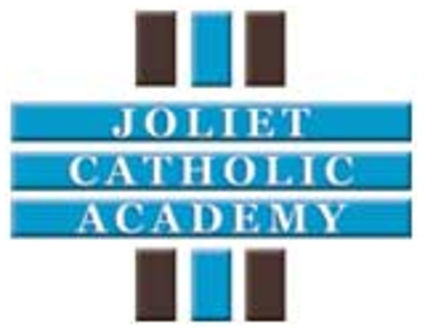 "I came here from a winning program and this is what my plan was for my teammates here at JCA," Brown said. "Tonight we won the first regional championship here at JCA since [2016]. There was no way I was going to allow us to lose tonight. Mia was amazing, knocking down all those threes for us. Emma Jay really helped us in the first half. We are looking forward to the upcoming sectional at Wilmington on Tuesday night."

"We started slow but really gutted this victory out," JCA coach Jim O'Brien said. "I am so proud of the girls effort in our last eight games, which has been tremendous. The Class 2A Chicago Christian regional championship is just huge for our program. Mia and Jazz took over the game in the second half. Emma Jay really saved us in the first half when we were struggling."