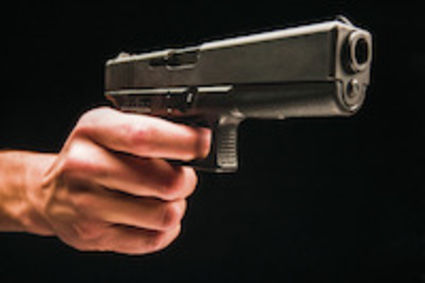 Three Chicago men - including a paraplegic - were arrested after allegedly robbing a cell phone store at gunpoint Feb. 15 in Joliet.

The pair then fled to a waiting vehicle. No one was injured and a holdup alarm brought police to the scene.

Officers spotted the getaway car near Bronk Road and Theodore Street and pursued it past the Louis Joliet Mall to Interstate 55 where it sped out of sight.

After a description was broadcast, a Will County Sheriff's Deputy located the car in the 15000 block of Janas Drive in Lockport.

Tolbert G. Walls, 44, was allegedly standing outside the vehicle and took off running when the deputy confronted him, Sgt. Chris Botzum said.

The Department of Corrections reports Walls was released on parole last May from the Lawrence Correctional Center from a 25-year sentence for a 2006 armed robbery in Cook County. In 2007, Walls was being held at the Elgin Mental Health Center where he switched ID badges with a visitor who helped him escape and was recaptured following a standoff with police in Chicago.

As a juvenile, Walls also was convicted of first-degree murder in the 1991 gang-related slaying of Jesse Fox, 14, on Chicago's South Side.

According to reports, Walls was captured by the deputy after a short foot chase and arrested on charges of armed robbery, aggravated unlawful restraint, being an armed habitual criminal, unlawful use of a weapon by a street gang member, and possession of a stolen motor vehicle.

The vehicle, however, drove away while the deputy was allegedly chasing Walls. Botzum said it was located a short time later in the 14000 blk of West Hickory Avenue in Lemont where it was stuck in a snow bank.

"Tirnell L. Williams, 43 - a paraplegic - was taken into custody inside the vehicle without incident," Botzum said in a statement. Williams was also arrested on an armed robbery charge and taken to Silver Cross Hospital where he was treated for minor injuries due to the crash into the snowbank, according to reports.

Another man, Blaine I. Goodall, 27, allegedly fled from the vehicle when police approached, but was unable to escape. Goodall was also arrested on charges of armed robbery, aggravated unlawful restraint, unlawful use of a weapon by

a felon, unlawful use of a weapon by a street gang member, aggravated fleeing from police and possession of a stolen motor vehicle. According to the Department of Corrections, Goodall has been on parole for two years from a 2013 armed robbery conviction in DeKalb County.

Botzum said two firearms and the items taken in the robbery were recovered from the car, which had been reported stolen out of Indiana.